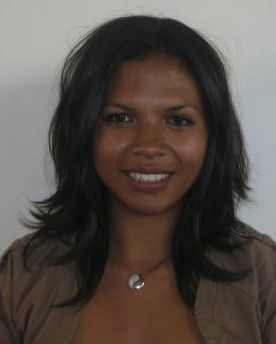 I have two great experiences with Gender Links. One is following a training as part of the Centre of Excellence process. I was privileged to be able to form part of the team that developed the Action Plan in my council. I learned a lot from that, and for me Gender Links is the best organisation I have met on gender issues. I am really blessed to know Gender Links. My second experience is asking Ialfine, the Madagascar country manager to come and talk to students on gender issues. She immediately accepted, and we had a big audience. Both Ialfine and myself talked about the gender concepts, gender discrimination and other gender issues. We had quite a few questions, and we wanted to make sure that our messages were received clearly. University students are the future of tomorrow, and must be aware of this kind of issues. The self-satisfaction and empowerment was indeed great.

I work at the Municipality of Antanarivo, and am in charge of communications and archiving. I have to do entries of all documents that arrive and go out, and am also in charge of the web of the Council. This is a job that is very often considered male dominated. I make sure that all invitations received by e-mail are communicated to the right person.

I also form part of the “Institut de metier de la ville” (Institute of trade for the town) and have a collaboration with Ile de France of France. We have regular exchanges of information.

Since meeting Gender Links, I have become a gender champion. I am so happy that my colleagues have all adhered to the cause of gender. The sensitisation and advocacy campaigns we did with University students is a result of the knowledge gained from Gender Links. I would like to reach as many women as I can. I am happy that my Director believes in this cause as well and gives me all the support. I know that Gender Links does a lot for institutions, but I would like to see Gender Links working with grassroots women and go more towards the population.

While talking to Gender Links, bad memories of what happened to me in my first job came back. I had traumatic experiences with my Director in my first job. The Director was also my immediate boss. I dealt with the traumatic quite well but it is only since joining the activities of Gender Links that this incident has come back with a vengeance. Now I realise that maybe I could have dealt with the problem even better.

The case was not only a clear case of gender discrimination, but sexist attitudes, and men believing that women should not work when they have children and even less when they have babies. When my baby was three months old, I was working as a web journalist. My boss told me that in one week I was late twice. I apologised and told him that I was taking the time that I was allowed to breast feed my baby. You know what his answer was? He said that had he known that I had a child so young, he would not have employed me!!! Fortunately, I have a healthy family environment and the support of my father who told me that this was a case of sexual harassment and the boss must be reported.

Gender concepts have been a great tool for me, and I discuss them a lot with my partner. I believe that this has also helped to bring a better harmony in the family. At the beginning, my husband was not sensitive to gender, and now he is gender aware in everything that he does.  I myself know what I want. I have decided to live like a family with my partner and my child, and this is not well seen in Madagascar. And yet I am prepared to face all the challenges.

There are so many different forms of violence in our communities. Women must know how to protect themselves from forms of violence which are not too visible, e.g. economic violence, moral violence or psychological violence. I regret that although laws exist, they are not implemented, and women do not know where to go.