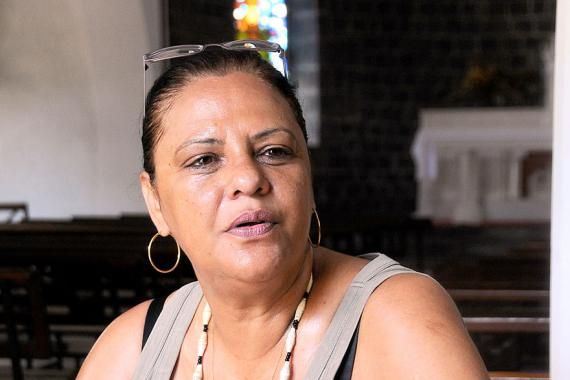 I describe myself as a champion of women in politics. I am the director of Will FLY which was founded in 2008 and which is currently based at Black River. It provides children from suburbs with a safe and calm milieu to do their homework after school. Through Will FLY, I have been doing politics “autrement”, that is differently, by directly working with people and searching for the root problem. I have been endeavouring to eradicate poverty.

I have been actively engaged in politics. In 2007, I integrated the Federation Creole in Mauritius in order to fight for equal rights. I have also worked at a radio station. I have worked with Gender Links and attended a summit at Zimbabwe where I met other women from all over Africa. I have offered training in self-leadership to women in different regions of Mauritius.

My own country motivates me. I was born in a peaceful village where I experienced the “joie de vivre”. I was free. I want to re-create this safe space of freedom and leave behind a heritage so that other children can break away from chains of poverty and experience this “joie de vivre”.

I see myself as the architect of humanity. As the director of Will FLY, I have been working and organising activities to ensure that children living in the regions of Black River are offered a safe milieu where they can receive the love and attention that they may lack outside.