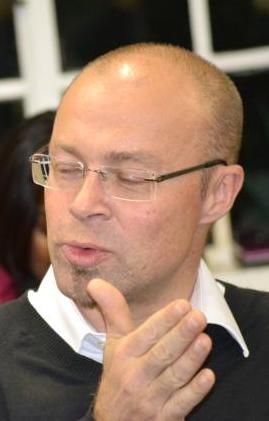 Jaco du Toit is an UNESCO information and communication advisor who has since moved to UNESCO Kenya from UNESCO Namibia.

I am an information communication advisor at UNESCO, once based in the Namibia office covering three Southern African countries. I have since moved to Kenya, Nairobi where I now cover 13 countries of the East Africa and the Indian Ocean regions.

In my new portfolio of 13 countries, Madagascar and Tanzania are two countries that are also within Gender Links’ area of coverage. This creates opportunities for me to continue to work with Gender Links even though I am no longer based in Southern Africa.

As the communications advisor my work covers media and Information Communication Technology (ICT) in development.
I first came into contact with Gender Links in 2009. Kubi Rama, Chief Operations Officer, and Pat Made, GL board member, from Gender Links attended a meeting I was at with the Polytechnic of Namibia.

We were examining the Polytechnic’s capacity to graduate journalism students who are capable of reporting on gender. To help us with this, we needed to identify organisations that were working in media and gender. The Polytechnic staff indicated that they had been working with Gender Links on gender mainstreaming.

During that time Gender Links was working on the Gender in Media Education (GIME) research report, and was becoming an interesting organisation to observe and work with. Because the GIME audit was proving to provide important evidence, UNESCO agreed to fund the research and production of the Namibia GIME report.

UNESCO monitored the entire research and report writing process. The study objectives were to understand gender mainstreaming in media training. The study incited an interest in understanding activities that were going on in the country on this topic.

Gender Links carried out the research with a high level of rigour and professionalism. It was clear that the research data needed to be thoroughly interpreted and analysed in order to draw relevant conclusions.

Reflecting on my initial interaction with Gender Links, I did not realize it would be a long term relationship. It has now been three years and we are still collaborating. We have worked on a number of activities, such as the Entry Level to Journalism project which came after the GIME project.

We have continued to find more synergies and areas of cooperation. There are a lot areas that we still need to explore and share notes on other elements such as the media literacy and community media.

In 2010, I got an opportunity to attend the Gender Links Media Summit. The Summit provided a convenient platform for organisations and individuals to come together and share experiences. When people come together, it is easier to push the learning that we have achieved through the GIME audit to look at policy issues and teaching of trainer to mainstreaming gender in media education.

Gender Links has been unique in its approach to gender mainstreaming because they identify actions to translate abstract concepts into concrete plans. We talk more about mainstreaming at a conceptual level, Gender Links makes it is practical and skills-based activity. When they add the words men and women in a project proposal, I could be sure it was a real activity that speaks to bring into the project both men and women in an authentic way.

For instance, GL undertook a study to document the core issues that were affecting training institutions before they organised trainings on gender in journalism. As a result, 13 institutions that are members of the Gender Media Diversity Centre are now working on specific gender modules with specific pedagogical objectives and evaluation methodologies to include courses the institutions are developing.

I have not worked with Gender Links on the ICT elements of my work, however, I hope as the ICTs landscape continues to transform we may work together in this area exploring issues around access and interaction with digital content.
Looking into the future, Gender Links has carved itself a niche area on mainstreaming gender in media education. There is a lot to be done because more institutions in the region have to be brought on board.

I will continue to work with Gender Links even though I have moved to a different geographic region. The beauty about Gender Links research publications is that they are not geographically confined. They are universal tools that can be used in any part of Africa.