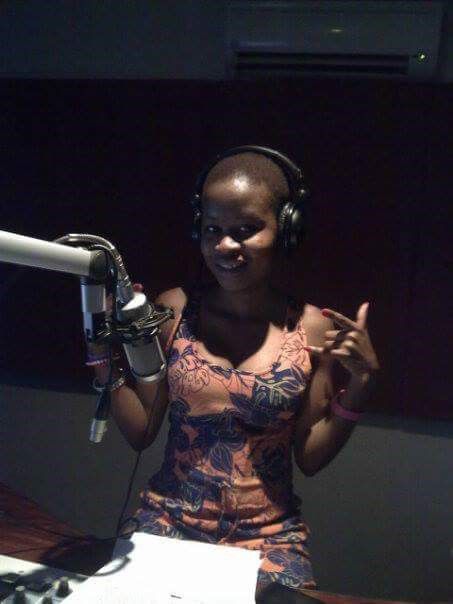 “Watching the SADC Gender Protocol DVD was the best experience I have had with Gender Links (GL). I had no idea what the SADC Protocol was, and now I know” explains Tshepi. Tshepiso works for Sekhukhune community radio and unlike many women who are subjected to glass ceiling practices, she has been appointed a news editor and takes her job seriously.

Tshepiso is an award winning news reader and news editor at SK FM and a vibrant reporter for her department. In 2014 Tshepiso was crowned Limpopo’s best news reader in the community radio category during the annual Limpopo media and communications awards. Since the awards Tshepiso has been working harder to make a difference in her community and inspire excellence in her newsroom. “It is not easy, especially in my case, because I am the youngest in my newsroom and most of the staff has been at the station for longer than me” she explains.

Just like journalists who were introduced to GL through the COE in-house training, Tshepi, as she is popularly referred to, was also a beneficiary at SK FM in 2014. “Á was impressed by the commitment that GL portrayed, they were totally organised and supplied us with almost everything for the workshop.” Tshepi was also not shy to admit that even though she has won the best newsreader award, she still had no idea what gender is and how it is different from sex. “I sat there and wondered how it was possible that the same terms that are complete synonyms could be different, then again I realised that I didn’t know.” adds Tshepi.

Tshepi says she has seen a lot of improvement at a personal level and that is because of the knowledge she has gained through GL. “I see that I always need to know if the newsroom has a gender story, if there is, who is covering the story and who the sources are in that particular story” she explains.

She gives reasons for her change in attitude and knowledge. “My attitude towards gender has completely changed. I am in the know and I am able to edit stories with confidence. I understand what gender is. I can now differentiate between sex and gender and I am familiar with LGBTI people.

Tshepi says that most of her inspiration and admiration was motivated by Prof Sheila Mmusi. She says the professor’s work on gender is evidence that women have a voice and no one should deprive them of their right to speak and to be heard.

“I am now in charge of a newsroom. This means bigger responsibilities and many more challenges,” Tshepi says. She is now focused on making sure that her newsroom is gender aware. She notes as well that her station has a draft gender policy and promises to look into it and accelerate the signing process. “We currently do not have a gender sensitive language policy and I believe that if the gender policy is signed we would be in a better position to review and revive the language policy,” she explains.

Tshepi says working in a newsroom that is based in a cultural society is one of the challenges she faces. However, she explains as well that the biggest challenge is not with the society but with newsroom staff. “As an editor I have a challenge with the newsroom itself, these GL workshops could assist to drive that change in the newsroom.” Tshepi plans to undertake the following activities with her newsroom staff:

She believes the best way to mainstream gender is by engaging the community rigorously.