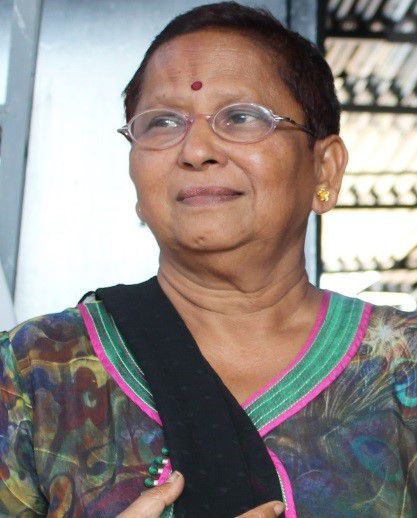 Ms. Lakshmi Gunessee belonged to an elite family, but married a man from a rural area. Her lifestyle completely changed as she had to live in a home with limited resources and only the basic necessities. However, she approached this change positively and observed that several women in her village were illiterate. They were subject to domestic violence and did not have a bright future. Ms. Gunessee wanted to work for women’s empowerment and she started an organisation to sharpen the skills of the women in agricultural processes such as harvesting crops and packaging food. This allowed the women to start their own businesses related to agriculture and to earn income without being dependent on their oppressive husbands. She organised several annual competitions for the best farmer or best garden, which grabbed the women’s attention and encouraged them to work more enthusiastically. Lakshmi can be considered a driver of change because she played a vital role in creating job opportunities for the women in her village, especially by enabling them to specialise in processing and using innovative techniques such as dehydrators to process mushrooms.

As a leader, Lakshmi is responsible for sensitisation, mobilisation, identification and training of beneficiaries. She also deals with the stakeholders and supervises the installation of the equipment. Her primary work, though, is to oversee the mushroom project which she started in 2011. She has to oversee the manufacturing, processing and production of mushrooms. She organised several workshops in collaboration with Gender Links and also participated twice in the SADC Gender Protocol Summit held by Gender Links. However, one great challenge she faces with her mushroom growth project is to minimise losses due to contamination of the substrate by pathogens. These losses reduce profits for the women workers which has serious future implications for the growth of this project.

Ms. Lakshmi Gunessee has been a successful leader to date. She has won several accolades during her illustrious career. However, all the community work has made a big impact on her life. She has had to cater to her personal life alongside her professional life. Being a mother of four children and at the same time leading the Union Park Women’s Association was not an easy task. Maintaining the perfect balance between her professional and personal lives was a huge challenge for her. However, she managed well and the work she did also changed her approach. She had to change her habits and her attitude towards her children to make them aware of the necessity of community work.

Her work made a lot of difference in her community. There have been positive changes in Ms. Lakshmi’s life through the development of skills including technical, business and management competencies. Her value chain has become a model in the region. Her Association is now a decentralized training centre and open to those who are unemployed. According to her, the women in her village own the production unit now and will work together to increase their standard of living and that of the villages at large. Thus, after discrimination and persecution, Mauritian women are now respected, valued and are excelling at all levels. With the knowledge acquired, women prepare clothes, snacks and pastries to sell at fairs in order to enjoy social freedom, economic independence and equal rights. Lakshmi can claim to be one of the Gender Links Drivers of Change as president of 225 Women’s Associations in two districts, Grand Port and Savanne. By training others, she has been able to encourage women to be decision makers in many fields at home and in the community. More women now participate in activities organised by the Union Park Women’s Association for the empowerment of women. Educational tours are organised every month for agricultural purposes.

Ms. Lakshmi Gunessee has been an active participant in trying to make abortion legal in Mauritius. She argues that under the necessary circumstances, where the life of the woman is threatened or if a woman does not want a child at an early stage, she can go ahead with an abortion under proper medical supervision. She also worked all around the island for an NGO and was appointed as Project Officer for SUKHI PARIVAAR (Happy Family) for Family Values. Drama sessions and seminars were also held to explain to the people the essence of having fewer children and using protection to be safe from sexually transmitted diseases. Apart from that, Lakshmi also acted as Project Coordinator for Biodiversity in Agriculture (UNDP) for Union Park Women’s Association. This led to a change in the cultivation habit of using bio chemicals. As project coordinator and trainer in compost making (Ministry of Gender, CDWF) for Union Park Women’s Association, she encouraged many participants to stop throwing their kitchen waste away and instead they are composting it to use in their gardens.

Building on the successes of women’s efforts for women’s development from grassroots, organisations have to engage with emerging processes as an opportunity to challenge, reframe and contribute to the national development. In the longer term, Ms. Lakshmi aims to strengthen the movement for gender equality and women’s empowerment. The challenge is to empower women for a better life with a job for those who are unemployed, even if it is a part-time one. During the process, as project manager and leader, Ms. Lakshmi also learned how to deal with the contractor and to conduct the training sessions on time. However, she had to face problems with regard to unavailability of substrates from the place from which she had ordered them. She had to look elsewhere for it. She received it in the end, but it came from further away. In addition to that, initially, building construction stopped due to bad weather so she had to postpone the training sessions for six months. Later, however, permission was sought from the European Union for an extension to complete the project.

The goals, targets and indicators embody an approach to development. These commitments mean that state action has to be oriented towards the achievement of development goals attained, such as in Mauritius, targets can now be set for educational achievements, not just enrolment.

Last but not the least, Ms. Lakshmi stated that members of her association and herself have struggled to achieve their goals and to be a model in the region they have more to do to cut down the cost of production by using photovoltaic panel systems to save energy and in the long term to sell the surplus for other projects of the Association. Shifting to solar power is how she aims to minimise energy losses and thus allow the women workers to receive higher profits and benefits.