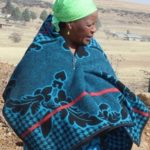 Cllr Mamakhefu Ramaema is a testimony that women can be empowered to lead through training. She also demonstrates the notion that if you empower a woman you have empowered the whole community.

The Centres of Excellence for Gender in Local Government brings together all GL’s core programmes focusing these in local municipalities in each of ten countries that GL works every year. Gender Links currently works with 430 local authorities in the 10 countries GL has offices in. Research provides the evidence for the work; this informs policies and action plans which are advocated in various ways. The COE’s represent a unique on–the-job approach to training. Evidence shows that this approach is changing lives

“The first and best memory Cllr Mamakhefu Ramaema had with Gender Links was when Gender Links visited their council Sephokong Community council for COE stages 1&2. Cllr Mamakhefu was part of the management meeting because she is the chairperson of social services committee in the council. She described that day as the best day that ever happened to her council as Gender Links was the first organisation to want to work with them and she recalled when the management was given chance to say something about that Gender Links’ presentation and whether they would want GL to come on board, she did not wait for her colleagues but just stormed out and told GL representatives that they were in and asked when do they think they can start with the workshops.

Cllr Mamakhefu was born in Maoa-Masooana in the Leribe district. She had always been a very passionate young girl who was not scared of any kind of challenge and most people used to mock her that God was trying to make a boy not a girl, but all those did not get in to her. She kept her head high and continue being passionate of everything.

She was raised by her very strict parents and that helped her so much that now believed she is a better mother and wife. She used to work as a clerk at different shops and hotels and a very active teacher at Sunday school. Regardless of her busy schedule as a young woman she would still make time for her political party activities as she felt it was a good thing to do and at that time it was something weird for a young woman to be seen in political grounds  because politics at that time were only associated with men as they used to say that they were  rough game that no woman can play and therefore people could not understand her.

Since she was a very active member of her political party she was elected as Secretary General of the constituency and that where most people eyed her and later was encouraged to stand in for the Local government elections and she won.So her role as a councillor is to see that all the small roads are well maintained, water and sanitation, so she works very hard to see that all those are achieved, however she highlighted that it is very difficult as their council budget is very small and therefore she needs to work very hard and make other means.

Cllr Mamakhefu works very closely with community although there are some issues that she struggled to discuss with them as they feel that cannot be changed like gender issues, so she admitted that Gender Links trainings just came at the right time where she needed to be capacitated. She had knowledge about gender issues but not in a deeper way and she had always talked about them during her public gatherings. Cllr Mamakhefu pointed out that it was not easy to talk about gender issues as most people believed that they were in favour of women and it was something that could be changed overnight, but she was able to gain knowledge through stages 4&5 of COE and she had content and was able to know how do even tackle some of the community questions.

As much as she believed she is working very hard in her community to teach people on gender issues she admitted they still have a long way to go in order to achieve the 28 targets of the SADC gender protocol as most people especially men in the rural areas are still reluctant to give gender a chance and also to admit that it change their lives as it has got nothing to do with tradition.

She learnt a lot from GL trainings and she enjoyed most of the trainings especially the IT session where they were discussing few modules like computer literacy and the use of internet, she could not stop smiling when she was talking about that workshop as she highlighted that it was her first time to touch a computer and that knowledge she got from that training was the best. She is now able to organise her public gatherings using her cell phone and she has an email address for the first time in her life. Cllr Mamakhefu is now in the process of negotiations with some potential partners that can help her have computer lab in her village where community members and councillors can visit and learn about computers and internet.

She narrated this short story “ I used to believe that people who like to be on the forth front are too forward and would make their lives a living hell and I didn’t agree with these issues with Cllr Mamakhefu that women and men need to share the house hold chore like cooking and washing, I could not agree with them at all as I believed that women who agreed with those silly concepts as I used to call them disrespected their husbands and I would make sure that I influenced people at the public gatherings and made sure that they did not listen until one day Cllr Mamakhefu invited me  specially to her one of her public gatherings and GL representative was also there. I have never felt so ashamed when they presented and tried to explain all these things only to see that there was nothing wrong with them. I concluded from that day I will be working closely with Cllr Mamakhefu assisting her at all times when she does her public gatherings and now I am in a better position because I sometimes facilitate her gatherings and this all thanks to Gender Links for this wonderful job is doing with community councils, I think we need more organisations like this one, come next elections I am joining and I am going to represent women”