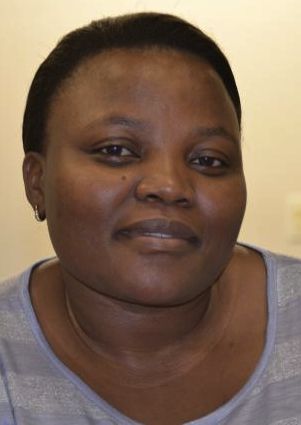 Live on air I recall at one time when I was in the studio co-presenting a programme in the evening. People were calling in with positive feedback about us as a station and the programme itself, nothing could have gone wrong at that point.  Suddenly, a man called in and said, “what are you doing, women are not supposed to be saying anything to men.” He even quoted a scripture for us. We wondered what he expected of us maybe to shut down everything in the studio and wait for male presenters to come and present the programme. We however just laughed it off. But I do not know what I would have done if I were alone in the studio. This is one of the most interesting encounters I have had in the studio as I saw a reality of how people’s attitudes to women may be.

I have been working for Voice of the Church (VOC) for 14 years now. VOC is a local radio station established by Transworld Radio Africa in Swaziland. During these 14 years, I have worked as a presenter, assistant producer, and producer and now as an executive producer.

When I started as a continuity presenter in 1998, there were only 4 people in the radio station and we were still broadcasting on shortwave. Later I became a producer for radio programmes and I would direct people on what and how to do things in the studio. I would co-ordinate the content of the programmes generate ideas research content and also did the more technical roles of recording and editing.

Currently, I am working on managing an HIV and AIDS radio project being funded by USAID. This project focuses on radio talk shows, debates, road shows and dramas. We mainly discuss about gender norms and behaviours in the fight against HIV and AIDS and the issues that are affecting communities at large. Participation on these topics differs from topic to topic and we encourage more women to participate. Their views are paramount to the fight against HIV and AIDS in Swaziland.

In my observations as a woman in the media, men seem to have more power to talk and be heard than women. Women, even when you approach them, sometimes shy away from talking in the media. Maybe it is the way that we have been socialised that trains us not argue with what men have to say. Thus men are more vocal in debates and discussion. However, most of the time during road shows in the communities we get to interact more with women and I encourage them to talk to participate.

Sometimes as a woman you feel the pressure to even become a women’s mouthpiece, to put certain topics on the agenda and to rally behind women’s cause all the time. But at the end of it all you have to be guided by your editorial policies and not go against what as a radio station you are trying to achieve which is your objective.

In my time at VOC, I have managed to contribute positively to bring a difference in the station especially that of professionalism. I believe that even if we are a Christian radio station anything should not pass. I try to cultivate a culture that we should do all things by professional journalism standards. I have been able to make this difference because I have been empowered by many organisations through trainings, seminars and workshops such that I have become open minded and more professional.

I have encouraged other women not to be afraid to come into the media fraternity. Working in an enabling environment for women makes it all workable. VOC is making strides to see that women also get into departments where they are hardly seen to work in. We have given a female intern a chance to be in the technical department for her to experience the kind of work and effort which is required. It is also to help her to then make an informed decision on whether she wants to be in this department.

As women we have the potential to do things and rise to where we want to go. Sometimes we become lazy along the way or we withdraw because we do not realise our potential. So we just say the men will do it and in that we are giving our power away. We also look down upon each other and feel that we just have to pull the other person down instead of motivating the person and encouraging her to do well in her position . The problem even lies amongst ourselves before we even blame men for bringing us down and not accommodating us in leadership positions in the media.

In the radio industry I have learnt that you have to say the right things to people as this will be live and being broadcast to lots of people; radio broadcasting has the power of the spoken word. One of the most significant things that I have achieved is that I have trained and guided people and at the end of the day they now know what they are doing in the studio. It makes me proud as I am able to see change and results impact in the workplace and in the environment you are working in. So like in any other industry, hard work pays out.

In my workplace we have gained quite a lot from different organisations that we have worked with. We have worked with GL over the years. GL embarked on a project to help media houses come up with HIV/AIDS and Gender Newsroom Policies. The aim of the project was to devise tools, and provide support to, Southern African media houses for developing and adopting HIV/AIDS and gender policies, improving the quality of media reportage on the epidemic and mitigating the impact of HIV and AIDS upon the media industry in Southern Africa.

With them we managed to develop an HIV and AIDS and Gender policy. That was one of the first well-structured documents as a media house that we possessed. We have even shown our donors that we have such a policy that ensures that we mainstream all these aspects of sensitivity in reportage and in the workplace. We continue to implement what we have prescribed in this policy.

Gender Links as a gender equality organisation is well positioned in this fight against gender discrepancies in newsrooms and in media content itself. It is organisations such as GL that can help the media to know how they can deal with gender issues and make it known to the people that when discussing gender it is everyone’s role to listen as we are talking about both women and men.

Gender Links should hold more workshops to empower women and in these workshops also include men. They could also give us monthly updates on gender issues that we can run in our station, especially success stories to show that women are actually making a difference. People need to be continuously taught for their attitude to change.