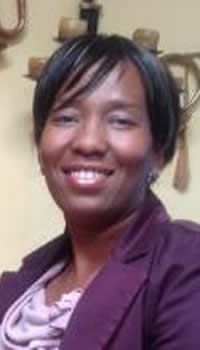 I am Malisema Mahloane the Managing Director of BAM Media, Lesotho. I am also the Public relations Manager for the BAM Group of Companies. BAM publishes the Informative newspaper, Finite and Achiever magazines. I am passionate about gender and women’s issues.

My journey with Gender Links (GL) started in March 2012 when Violet Maraisane, then Lesotho GL Media Centres of Excellence (COEs) facilitator, approached me and introduced the subject of the COEs for gender within the GL media project. Our subsequent meeting involved the GL Media Programme Manager, Sikhonzile Ndlovu.

Interacting with GL sounded very exciting and I saw an opportunity for capacity building and strengthening. We were already doing similar activities at BAM media regarding gender mainstreaming and equality.

My most memorable experience with GL was the 2012 Gender Justice and Local Government Summit. Whilst I had heard about GL and had engaged with the Lesotho Media COE facilitator, the Summit became the inaugural GL event that I participate in. It has proved to be one of the most rewarding experiences so far.

During the Regional Summit, held in Johannesburg in April 2012, I had an opportunity to join the news team that produced a daily newspaper that covered the Summit. We worked under pressure to produce the daily summit newsletter. I got to experience first-hand what journalists go through in the newsroom. My stories had to be submitted daily on a specific deadline, with photo captioning.

The experience gave me a glimpse of a high level of professionalism, sitting in the newsroom, and working on stories on a daily basis and meeting tight deadlines.

The encounter opened my eyes to larger gender issues in the Southern African Development Community (SADC). Now I keenly try and apply the knowledge and skills I gained at GL to my own work at BAM Media. In June 2012, BAM Media and GL signed a memorandum of understanding, signalling commitment from BAM media to be part of the COE project until 2014. We are now in the process of drafting our media house gender policy.

In August, GL conducted an in-house workshop for BAM media, which addressed key gender and media issues. This first workshop allowed me to reflect on, and examine gender issues within my media house.

My views and understanding of gender has changed since I started engaging with GL. I now know that gender is a social construct and is not constant. Whilst I have always had a keen interest in women’s issues, my knowledge around gender has increased. For example at the Summit, I learned about the gendered dimension of climate change among other topics.

The Summit also provided an opportunity for me to write gender-balanced stories. Observing the way that the GL team managed the journalists’ contributions during the Summit gave me ideas that I am implementing at BAM media as well.

I have learned that gender is a part of our everyday lives. We live gender, so to speak. Some of the knowledge I have gained from GL has proved useful even in my private life. As a mother, wife and professional I understand the balancing act women often have to contend with. I can also say I have also learned leadership and newsroom management skills from my brief encounter with GL.

In the future, I see BAM media as a place of equal opportunities for women and men. As its leader, I have ideas about mentoring and coaching young women and men coming into the media. The people that we are trying to reach through our Achiever and Finite magazines need our support to be conscious of the gender issues that women and men face.