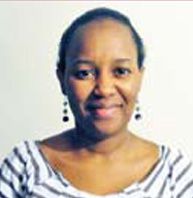 What Gender Links means for me as a writer

I first came to know about Gender Links through Danny Glenwright. One day he gave me a list of websites where I could get story and commentary ideas as well as other necessary information. GL was on the list. I was specifically interested in GL as I believed it was going to strengthen my commentaries on gender issues in my column “Gender Watch”. Since that day I became a constant visitor to the website.

Sometime in 2010 I received an email message from Danny stating that he had got a new job with GL and welcomed anyone who’d like to contribute to GL’s commentary service. I was so excited as I’ve always admired and been inspired by GL’s commentaries and with Danny steering the ship; it was a fantastic opportunity that I was to grab with every effort.

It is an amazing opportunity for me to get a wider readership of my articles through GL. That thought alone has been an inspiration. It’s been an honour to have people making reference to my articles from different parts of the world. The feeling I have knowing my writings are being appreciated is amazing and I owe it to GL for the opportunity. Growing up in a society where women were to be seen and not heard, I had a burning desire to help in killing that myth. I don’t think there could be any better way of doing so than my writings at GL. Its like a dream-come-true