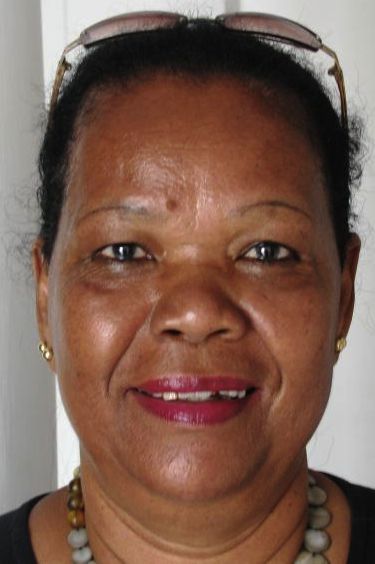 I have had two great experiences with Gender Links. One is the training for the 16 days campaign in 2011 when I had to chat through internet. The self-satisfaction and empowerment of entering a chat room through internet and chatting with colleagues across the region was beyond expectation. I was so happy that when Gender Links asked for my contribution for the “Take Back the Night March” I did not hesitate one second and I took 50 young people with me. We all marched in the street of Curepipe. I was the loudest one as I had the megaphone in my hand and I was chanting slogans of “Stop violence” “Replace violence with respect” “Stop beating, burning and killing”. Women, men and children were repeating after me. It really made my day. I really felt I was contributing to stop violence against women.

I work with grassroots women and men as well as children. I give training to women so that they can stand on their feet. I am a teacher, and have chosen to work with the vulnerable through the Ministry of Education Pre School Trust Fund. My children were aged between three and four. After a few years of working with small children I was promoted to the post of Teacher Education Supervisor. To change anything in society, starting with children is very important. Children are the adults of tomorrow and if they are well educated when still small we will get responsible citizens and a better world to live in.

Now, I am in charge of a school called “Lakaz Zanfan” (the house of children), for vulnerable children between the age of 6 to 14. I believe in the development of children and I have 162 children to cater for. I get help from the Municipal Council of Curepipe when I go on educational outings with the children. Funders believe in my work, and with private donations I have no problem in running the school with two volunteers.

I also do what I can to help in my community. When there is mortality, people need chairs and other things and I help them in getting these. Sometimes parents do not know what to do to get their children admitted in school and I accompany them. I also help them in filling the admission forms. Sometimes children go to school without food and without a sandwich in their bags; I make sure that no children are left out and that all children go to school with a full stomach. 35 years ago, I received a Certificate of Honour as a Social Worker, and I have continued doing what I can. I work on several committees, and though I am not a councillor, I work at a grassroots level to make sure my region has proper lighting, good roads, and good community policing.

Working with Gender Links has been a Godsend. Now I know how to say aloud and in public what most people say in private. I had the chance to participate in a march called “Take back the night”. This was my first experience in such a march for a noble cause to stop violence against women. Who would have thought that one day, a picture of me talking in a megaphone would have been known throughout Mauritius?

Now, I am planning to stand as a candidate in municipal elections. I give Gender Links a lot of credit for this, because they have given me much of the confidence and skills I am calling on now. For example, I received training in IT; the training materials that Gender Links distributed are precious to me. I use them in my work to train other women in IT. I’ve also learned other skills, such as writing press releases, and how to engage with the media. There is a lot of work to be done, but working both with Gender Links, and within the community, with children, women and men, we will make progress.