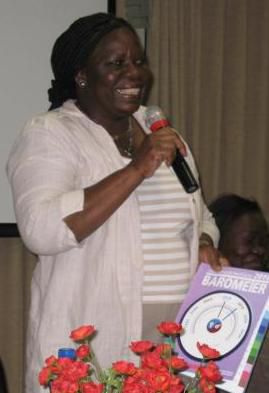 We did not always agree!

In the parallel civil society meeting during the 2005 SADC Summit, the newly formed SADC Protocol Alliance pledged to broaden ownership of, and to get support for the elevation of the 1997 Declaration to a protocol, through concerted consultations at national level. Early on in this process, the Alliance met the divergent views of civil society; and, the art of balancing different interests not only of governments, but of those working in the same gender activism landscape, began.

Those who participated in the 2005 meetings strongly supported the elevation of the 1997 SADC Declaration on Gender to a protocol, while other gender equality and women’s rights organisations in the region believed there was no need for a SADC Protocol after the African Union (AU) had adopted the Protocol to the African Charter on Human and Peoples’ Rights on the Rights of Women in Africa. These organisations felt that some groups had started to put pressure for the SADC Protocol without adequately consulting or including them.

As a way forward to ease this tension, the Alliance sought to bring into the earlier drafts of the SADC Protocol the same language used in the AU one. We believed that since the SADC Heads of State had already adopted and started to ratify the AU Protocol on the Rights of Women in Africa, the proposed SADC Protocol should not have weaker language. This would compromise the gains achieved in the AU Protocol and other international instruments like CEDAW.

But we hit another set of tensions, this time with governments. Any attempts to retain some of the language and rights issues in the AU Protocol were resisted by government stakeholders – more especially issues such as marital rape, women using their maiden names after marriage or combining their maiden surnames with those of their husbands.

If we were to see the Protocol adopted by the Heads of States, we had to drop the insistence on strong language and go along with the negotiated process. A strong case however, could be made that the push towards weaker language should not be accepted, because governments had already committed to this language and issues when they signed the AU Protocol. To now demand that the issues be removed and the language changed, was seen as sabotage to the process.

As the Alliance sought to enforce the credibility of the constitutional states in the region by pushing for language and issues in the Protocol to achieve fairness and social and gender justice, the rules of the game in the negotiations with government were no longer fair, and friction entered the process.

This friction was deeply rooted in the power relations endemic to civil society-government relations. At times in a bid to flex their power, governments excluded civil society from some of their processes, leading to a fixation of particular interests by both groups. Political participation had to be forced out of the power holders throughout the process.

The SADC Protocol Alliance members, therefore, had to learn tolerance throughout the negotiations with governments for the Protocol which brought to the fore the collision between those clinging to traditional cultures and those seeking more socially inclusive societies based on gender equality and justice.

The relationship between the Alliance and governments throughout the process was a fragile power relationship where concessions had to be made. Fortunately, in the interest of rendering or providing legitimacy to public institutions, the frictions were ironed out by seeing the process as an opportunity to achieve a balance between diverse interests.