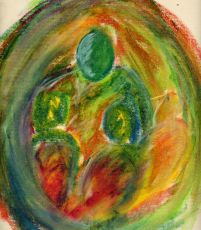 Deepa’s first encounter with Gender Links (GL) was during one of the village workshops organised by Loga Virahsawmy in 2012. As a councillor Deepa explains that she is very pleased to receive these trainings which has helped her a lot to grow as a councillor and as an individual.

The best experience that Ms Bhurdool has had with Gender Links (GL) has been the enriching and powerful lessons received from the village workshops she has attended. Bhurdool has been attending the workshops of GL since long and believes that these have helped her a great deal in becoming what she is today as she presently portrays herself as a social entrepreneur, a District Councillor and a highly motivated social worker in her locality. As a Councillor, Bhurdool explains that she has never missed the opportunity of attending a GL workshop.

As a woman she has constantly faced discrimination even if she comes from the majority party group in the Council. Bhurdool explains that it is true to say that women’s voice is not heard at decision making level but it is also true that if we dare to fight for this due and end inequality, then we can surely achieve in our mission. Bhurdool brings forward an anecdote to explain the discrimination she has been experiencing. Each time a man has been elected from the Councillors to act as a representative at the District Council level. However, the whole of the Council from which Bhurdool is from agreed that the person in question was not fulfilling his assigned duties. Then Bhurdool stood as candidate to fill in this vacant post as representative at the District Council level. It was surely not easy for her due to the male stereotypes that prevail. It has always been thought that only a male councillor can be the representative at the District Council level. Nonetheless, with the fight lead by Bhurdool to convince members that she will deliver the expected results, here is she today working whole heartedly for her village and district.

As mentioned above Bhurdool credits GL for making her grow as a Councillor and think otherwise to be able to achieve sustainable goals. The training and guidance received helped her in daily life. She is now ready to face the discriminations coming on her way. She believes that now she knows how to make her voice count and make sure that she is part of decision making level. With the constant support of her husband, kids and relatives, Bhurdool is treading the way to make herself a model to inspire others, is constantly learning and sharing with others.