Drivers of Change Mauritius -“For women politicians to drive chang... 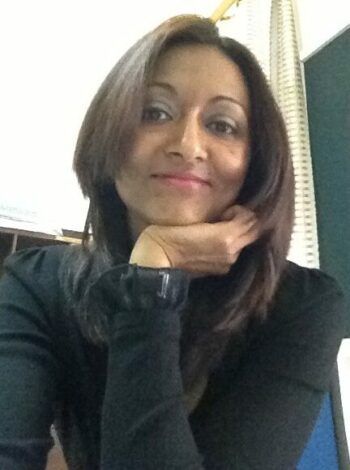 “The weaker the women’s lobby, the less potential one has to drive change.”

Dr Ramola Ramtohul is Associate Professor of Sociology and Gender Studies at the University of Mauritius. Her encounter with Gender Links goes back to when she interviewed Loga Virahsawmy (who was heading Media Watch Organization) on the role that women played during the political unrest period in Mauritius around the 1970s. Dr Ramtohul’s PhD focused on women and politics in Mauritius but she was also doing research on women’s organizations and movements which lobbied against the labels and stereotypes which women are subjected to. Furthermore, while teaching the module on ‘Gender, Citizenship and Democracy’, Dr Ramtohul encourages her students to peruse the work of Gender Links.

Dr Ramtohul is passionate about driving change in the patriarchal society that we live in. She has been interested in gender-related matters since her childhood. Consequently, studying the module on ‘Gender and Development’ during her undergraduate degree was an eye-opener and answered many questions she had since childhood for which she did not get answers. After her undergraduate degree in social sciences, Dr Ramtohul did a Masters in Women’s Studies at the University of Bristol, a PhD in Gender Studies at the University of Cape Town and post-doctoral research at the University of Pretoria at the Institute for Women and Gender Studies. Throughout her research, she built a historical record on women’s political citizenship and the way women do politics in Mauritius which is interlinked with the women’s movement. She also sought to understand the multiple identities that women in Mauritius have in relation to class, ethnicity and religion and how these impact on women’s mobilization.

Dr Ramtohul elaborated on some pertinent findings and conclusions during her PhD research on women and politics. She highlighted that there were very strong women movements on the African continent and in Mauritius in the mid 1970s and more solidarity between the various groups. New democracies and the changing constitutions meant that more women got into politics. Nonetheless, there is a lack of collaboration, trust and solidarity among present-day women organizations and women politicians which ultimately weakens women’s lobby. Besides the glorification of male party leaders, Dr Ramtohul notes that the political arena is still patriarchal. The women’s wings of political parties function mostly as a bank for women’s votes and not as a women’s group which could drive change. Moreover, electoral reforms similar to the amendment of the Local Government Act in 2011 will be significant at national level in order to make more space for women in politics. There is also a need for feminist-minded politicians to enter into politics.

As a gender scholar, Dr Ramtohul is actively involved in research, teaching, advocacy, consultancy projects and gender analysis. She has contributed towards policy-making at national level as well as the dissemination of knowledge through the press and local and international conferences. Currently, she is working on a more theoretical approach to intersectionality, a book chapter on the gendered dimension of the Mauritian Economy and on Migration in Mauritius. When Dr Ramtohul returned from Cape Town following her PhD, she collaborated with her colleagues in the Sociology unit and pioneered an undergraduate degree in Sociology with Specialization in Gender Studies. In addition, Dr Ramtohul promotes awareness of gender related matters and aims to uncover patriarchal assumptions through the conceptual frameworks of equity and equality when interacting with students during lectures. Her emphasis is clearly on educating and empowering young people, whether they are studying gender or not. Some examples of issues that prompt discussions during her lectures include: the sharing of household duties and responsibilities, citizenship and women’s rights, street harassment and the culture of masculinity.

In terms of her future plans, Dr Ramtohul aspires to contribute to theory building alongside her empirical work with scholars locally and internationally. She is specifically interested in intersectionality, societal issues linked to citizenship and rights and the specific gender dimensions related to small island states such as Mauritius amongst others. Dr Ramtohul looks forward to a continued collaboration with other stakeholders to drive change.