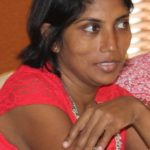 The best experience that Ms Bhurdool has had with Gender Links (GL) has been the enriching and powerful lessons received from the village workshops she has attended. Bhurdool has been attending the workshops of GL since long and believes that these have helped her a great deal in becoming what she is today as she presently portrays herself as a social entrepreneur, a District Councillor and a highly motivated social worker in her locality. As a Councillor, Bhurdool explains that she has never missed the opportunity of attending a GL workshop.

The Centres of Excellence for Gender in Local Government brings together all GL’s core programmes focusing these in local municipalities in each of ten countries that GL works every year. Gender Links currently works with 430 local authorities in the 10 countries GL has offices in. Research provides the evidence for the work; this informs policies and action plans which are advocated in various ways. The COE’s represent a unique on–the-job approach to training. Evidence shows that this approach is changing lives

“Bhurdool has been a Councillor since long and since then, she has been in touch with all kind of people. She adds that it is very difficult to deal with human being and had a lot of difficulties to face being a women councillor. But most importantly she agrees to have grown positively through the bad situations that had been in. In her point of view, it is very difficult to cope with people having only political competition in their minds when it comes to position of power at the Council level.

As a woman she has constantly faced discrimination even if she comes from the majority party group in the Council. Bhurdool explains that it is true to say that women’s voice is not heard at decision making level but it is also true that if we dare to fight for this due and end inequality, then we can surely achieve in our mission. Bhurdool brings forward an anecdote to explain the discrimination she has been experiencing. Each time a man has been elected from the Councillors to act as a representative at the District Council level. However, the whole of the Council from which Bhurdool is from agreed that the person in question was not fulfilling his assigned duties. Then Bhurdool stood as candidate to fill in this vacant post as representative at the District Council level. It was surely not easy for her due to the male stereotypes that prevail. It has always been thought that only a male councillor can be the representative at the District Council level. Nonetheless, with the fight lead by Bhurdool to convince members that she will deliver the expected results, here is she today working whole heartedly for her village and district.

As mentioned above Bhurdool credits GL for making her grow as a Councillor and think otherwise to be able to achieve sustainable goals. The training and guidance received helped her in daily life. She is now ready to face the discriminations coming on her way. She believes that now she knows how to make her voice count and make sure that she is part of decision making level. With the constant support of her husband, kids and relatives, Bhurdool is treading the way to make herself a model to inspire others, is constantly learning and sharing with others. Bhurdool explains that being exposed to the dynamics of equal power sharing and the necessity of having this approach brought her to think otherwise. She agrees that this has helped in bringing positive changes at the level of close relations. She is very grateful to have an understanding husband and kids who believe and have the same thinking.

As a Councillor, Bhurdool affirms that she needs training and advice so as to go in the right direction. Proper guidance and continual support from her family and friends helped her achieve her dreams. She always adhered to the assigned list of duties as a District Councillor and tries her best to fulfill them all. She never misses any meetings and always brings forward the gender agenda in each decision taken.

Bhurdool highlights that her way of thinking and acting has changed and to a great extent and associates herself with being a gender activist today. She does not fear to take up new challenges that this post of responsibility comes with and always deliver good results not only for the wellbeing of the inhabitants but also for personal satisfaction of the work being accomplished properly. Bhurdool definitely plans to continue working as a Local Councillor, help in empowering the youth and inspire them to do social work.”