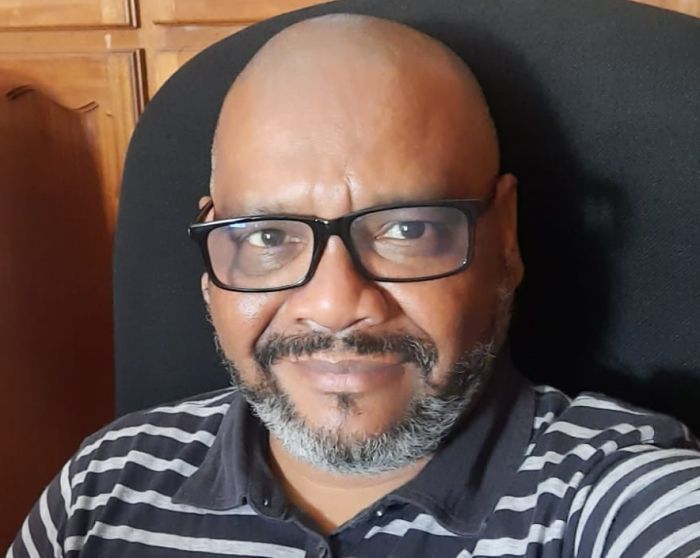 Mauritius – “Politics is closely linked to conviction, believing in the fact that I can improve the daily lives of the people around me.” Nicolas Jummun

“People should be at the heart of the development of a country and therefore of any decision.”

Nicolas Jummun is a non-teaching staff of St. Mary’s College and a founding member of the political party ‘Idéal Démocrate’ in Mauritius. He has attended and learnt a lot from the training sessions on ‘Women and Youth in Politics’ by Gender Links Mauritius where certain issues were tackled that he had not thought of.

Nicolas’ engagement in politics stemmed from a personal reason. Yet, his pertinent reflections illustrate his long-standing involvement in the political arena.  He asserts that politics is very closely linked to conviction which does not require the approval of another person. Supportive partners, though, are important to avoid frustration and lack of growth.

Since 2005, he began helping an aspiring female candidate in her campaign for the general elections. The aspiring female candidate was first elected in 2005, re-elected in 2010 and made Parliamentary Private Secretary (PPS), a post she occupied during two years before being appointed as Minister. Nicolas believed that they had now reached a position where ideals can be implemented and projects can be put forward. Yet, he was disillusioned when only priorities convenient for politicians campaigning to obtain seats at the next general elections were taken into consideration. Nicolas furthermore pointed out that information retention is a major issue in Mauritius and that the enactment of certain laws does not serve or benefit the common man. In addition, once elected, leaders do not feel the need to justify their actions and allow themselves to decide what the common good is.

Nicolas asserts that he has only one aim: to ensure that his neighbours, people in his hometown, Curepipe and in the country enjoy an increased quality of life. He is a firm believer that being elected is not the only way to help people. As a result, he believes in grass root initiatives, for instance fundraising for children requiring surgery abroad or understanding the concerns of inhabitants with regards to the issues they are facing. Most importantly, Nicolas does not engage in grassroot initiatives for fame and recognition, but rather with a selfless attitude and without political backing.

Nicolas emphasizes that a parliamentarian is a privileged member of the society during the period he or she is elected and even beyond; subsequently he argues that it is not justifiable for a person to be elected for more than two mandates. It would also be laudable, according to Nicolas, that citizens having a number of years of experience in their preferred field, use their experience, knowledge and expertise for the advancement of the country when they retire.  People should be at the heart of the development of a country and therefore of any decision.  Nicolas has engaged himself in politics to ensure that he leaves a sustainable heritage for his son as well as his country.

Nicolas realizes that one’s vote is sometimes void, subject to the elected representative trading the vote for the wishes of the party leader.  Hence, Nicolas stood as an independent candidate at the general elections of 2019. He did his door-to-door campaigning with conviction and he began to convince people of an alternative way of doing politics.

In terms of his future plans, Nicolas along with members of his political party, aspire to firstly increase the quality of life of the inhabitants of Curepipe .They also believe at getting back to the source and reviving participatory democracy. Far from thinking that the leaders or the members of the party know what is good for the locality, they aim to create a platform where citizens can express themselves freely. Participatory democracy will also create a conducive environment for good governance and management. Moreover, Nicolas and the other members of his party aim to think out of the box and not sit on their laurels.

As elected officials become disconnected with the realities, needs and expectations of the common man, Nicolas takes interest in thinking of and implementing projects for the betterment of the inhabitants of his hometown, Curepipe. Furthermore, Nicolas states that being elected at the National Assembly is the end goal but the work begins way before, very often in one’s immediate environment first.