Drivers of Change Mauritius – “Veins of steel, heart of ... 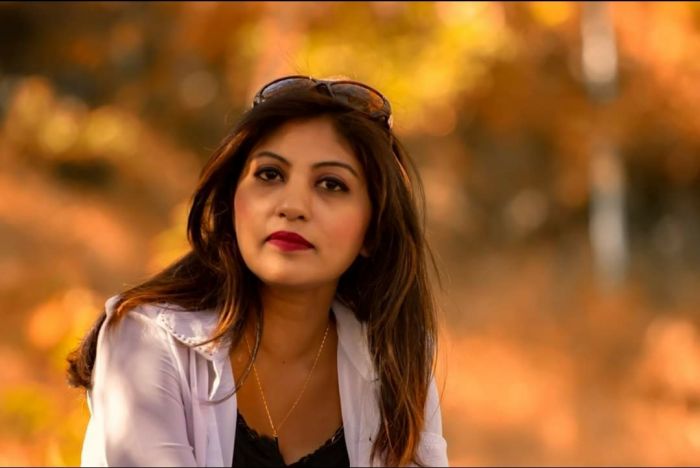 “It is very important for women to be economically independent, even more so in the 21st century and to not be afraid to speak up.”

Anishta Babooram is an educator and has been officially delegated by her political party to work in a constituency in the south of Mauritius.  Babooram has been assigned several times by her political party to participate in workshops and trainings offered by Gender Links Mauritius and she acknowledges that these have had a big impact on her major decisions and bold steps in her life up to now.

Babooram, now aged 37, did not have it easy in life. She was born in a small village in Mauritius.   She lost her father when she was ten and her mother then became the sole breadwinner. It was due to free access to education that she was able to overcome difficulties and eventually change her future. But change does not come without hard work and consequences.

After the demise of her father, Babooram would wake up at four in the morning every day to help her mother prepare rotis to sell in the nearby school canteen. This continued for six years until her mother was appointed as secretary at the seat of the Mauritius Labour Party.  The salary was again meagre but more stable.  It also brought less stress and exhaustion as there was no more any need to wake up early and cook food to sell.

In the meantime, Babooram was receiving the moral values, life principles and training (which she would need later on) at her secondary school, the Loreto College of Mahebourg.  Her leadership skills can in fact be traced back to the days when she served as President of the Environment and Health Club which she herself founded, organizing various extra-curricular activities.  She continued on this trend when she joined the University of Mauritius to pursue her LLB, where she became the Founder President of the Naturally Wild Club, Editor in Chief of the first ever campus magazine entitled ‘Zot Newz’, and elected Secretary of the Students’ Union. She also showed her high moral rectitude when she exposed mismanagement of funds of the Students’ Union (SU).  This resulted in the SU Fund being frozen twice, the setting up of a disciplinary committee by the University, and an enquiry which led to the restitution of the embezzled fund.

Babooram was only 16 years old when she became a political activist and started leading several successful events of the youth wing of the party which she had joined.  At the age of 20, she was appointed as Advisor in Public Relations at the Ministry of Women’s Rights (now known as the Ministry of Gender Equality and Family Welfare) and two years later she continued to serve her country through a part-time job which she had taken up at the Mauritius High Commission in London while she was reading a Master’s degree in International Commercial Law (LL.M). While she was still struggling with hunger and financial difficulties in the United Kingdom, she was struck by another bad news. Her mother was suffering from breast cancer.  Consequently, as soon as she finished her examinations, she took the next plane to Mauritius to look after her ailing mother and eventually got married one year later.

After the birth of her daughter, she was appointed Member of the National Human Rights Commission and she served within the National Preventive Mechanism Division, visiting detainees and making recommendations with regard to their rights to the relevant authorities. True to form, Babooram exposed the various irregularities of the system and voiced out against drug trafficking in the prison precinct through the NGO which she chaired, to the extent that it costed her her job. After revealing publicly that the Human Rights report concerning the death of a police constable in his prison cell was suspicious, she received several threats of sanctions from the establishments and her membership at the said Commission was summarily terminated with immediate effect leaving her with no job for one year.  However, she wrote to the Office of the Human Rights Commissioner denouncing the political vendetta leading to her dismissal.  The Government was called to answer the charges and she won her case.

Then began a crusade against the odds of destiny.  As she endeavoured to look after her toddler after coming out of an abusive marriage, Babooram left a corporate job and founded an online media company called ‘Rising News’ through which she provided a platform to women as well as many downtrodden of the Mauritian society to express themselves. Nonetheless, the company’s life did not exceed two years due to financial difficulties.  She had not yet recovered from this misfortune when she learnt that she was not chosen by her political party to stand as candidate for the general elections in 2019. She chose integrity over huge tempting offers made to her by adverse parties.  Instead, she assembled various political parties and took to the streets to protest against the general elections which were also being contested in the courts on allegations of being rigged.

Despite the various personal and professional challenges she faced throughout her journey, Babooram’s warmth, inner strength and resilience shine through. In terms of her future plans, she intends to continue to serve people to the maximum of her ability and is still looking forward to being a driver of change.