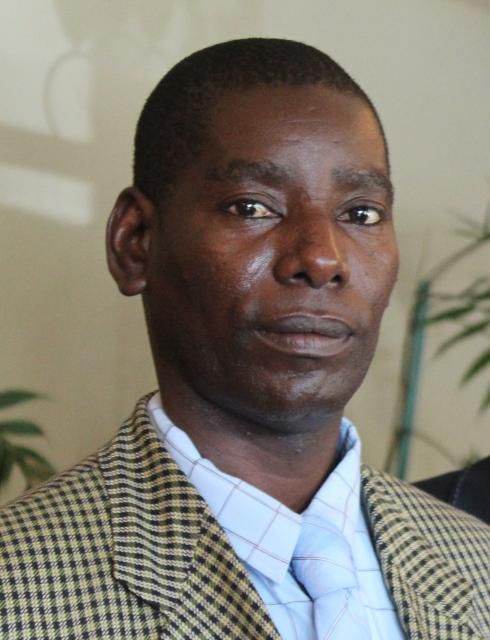 Mutandi Coster is the Deputy Council Secretary for Chibombo Council. His job description includes training and developing staff. Staff members are appraised, and their training needs are identified. He is also responsible for orienting new staff, explaining to them the conditions of service, and preparing staff for an exit from the organisation. He also deals with general administration.

The Chibombo District Council was established in 1946, and has the power to establish a council whose function is to provide adequate services to the community, such as the provision of clean and safe water, ensuring proper sanity facilities and garbage collection, providing road and drainage maintenance, creating markets and bus stations, and providing street lighting, which reduce the cases of gender based violence. Perpetrators take advantage of the dark. Decisions are made by the council; this is because it is comprised of elected Members of Parliament, ward councillors and other representatives.

As council, people ensure that the needs of the community are met in the most appropriate way. He says the services provided equally benefit women and men, with gender mainstreaming in the council. Mutandi has been appointed as the gender focal person. He came to recognise the importance of gender when he met Gender Links. However, he already had a base of knowledge about gender through his education at the diploma and degree level. He doesn’t want people to just learn about gender, write exams and pass, he wants to implement what he learnt from the university and through workshops with Gender Links.

With the approval of the national decentralisation policy, councils are directed to sensitise the community in various wards on decentralisation, and form ward development committees. Mutandi takes this opportunity to inform people about the importance of gender equality, and campaign against gender based violence. Since women are the most vulnerable, he holds meetings with men. He says “Chibombo is a rural district, and men have a wrong perception of how women should be treated.”

Through sensitisation there have been positive changes. Some men have recognised the importance of gender, and now come in large numbers when there are meetings. However, there are still a few challenges. Some men think attending such meetings is against traditional beliefs. They say a woman should obey a man, and the notion of gender equality is from Western culture. However, with time, Mutandi is convinced that men will change their attitudes.

His work is closely connected with Gender Links vision of having women and men participate in both private and public life in accordance with the SADC protocol. As a person in charge of general administration, he ensures that both women and men are given equal opportunities when recruitment is done. It is upsetting for him to note women may not be given jobs because of their sex. He feels that if a women has qualification, she needs to have the job. The more women are employed the less vulnerable they become. Women become independent when they have their own income, and usually cases of gender based violence are reduced.

The main economic activity in Chibombo is farming and women form the majority of the population. Acknolwedging this, the council has built a market to allow women to sell their crops. A representative who has been given the opportunity to have a “stand” in the market says she appreciates the work of the council, especially since the majority of women are able to sell their crops and earn money to sustain them and their families. “I do not depend on a man, I buy food and books for my children,” she said.

She thanked the council for providing them with running water at the market; they do not have to walk a long distance to have water. “We come with babies to the market. With water around, it is easy to wash the napkins, and also to wash our hands after using the toilet, hence we are not vulnerable to disease,” she said.

Mutandi said women manage the market very well. However, this is not the extent of what they can do. He hopes to see more women as ward councillors or MPs. Chibombo has 22 ward councillor,s and out of such a big number, there is only 1 female councillor. “This is not fair; more females should be elected, and this can only be done if the attitude of people is changed.” He says if his attitude changed, then it is possible that other people can change. There is a need to support and encourage female politicians to contest as ward councillors, because this is what gender mainstreaming means. Change should be visible.

The most memorable story about his work with Gender Links was when a female officer was unfairly treated by the management of human resources. There was a position that was advertised and she had the qualifications and experience, but because of her sex, she was not appointed. Instead, a man was given the position. “This really broke my heart, and I hope not see a similar situation because we are all equal in the image of God.” His future plan is to see 50/50 representation of women and men in decision making. He also wants to achieve the 28 targets of the SADC protocol on Gender and Development.