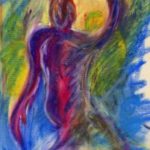 “I have become the eye and voice of the socially marginalized in general and in particular women and children.”

First met GL Year 2009 Event PLANNERY WORKSHOP Encounters with GL since first meeting GL introduced the gender intervention to Council and Council has had consultations with various stakeholders to sensitise the concept of gender mainstreaming. It has then allocated a budget of N$30000.00 since then. Phone number +264 64 510 786 Email address ikavendjii@hotmail.com Permission to add to newsletter? Yes Instructions for follow up Yes Extent of change

Isabella Kavenjii is the deputy Mayor of Arandis town council in Namibia. The town of Arandis was established in the late seventies (1976) to house close to five thousand workers who worked on the mine. The town totally depended on the mine which subsidized all the services to the inhabitants, hence the economic responsibility rested with the mining authorities. Shortly after independence the town was handed to the Namibian government and in 1994 it was declared a town.

Her first encounter with Gender Links was when she received an invitation to attend a stakeholders meeting from Sarry Xoagus Eises the country manager. She went on to attend it and learnt about Gender Links interventions across the region in pursuit of gender equality as stipulated on the SADC Protocol.

In the meeting Ms Kavenjii was asked and probed for more information regarding gender and was introduced to various publications that Gender Links had published like the Barometer. She says she was also referred to the main website wwww.genderlinks.org.za were she was amazed with the vast amount of literature already written on gender.

Coming from a community were gender based violence is rife, Ms Kavenjii felt that they was need for a hero to arise. Someone who could tackle real issues on the ground. Since she had already gone that far, Ms Kavenjii took it upon herself to become a gender champion who could empower fellow women with ideas to tackle Gender Based Violence.

Being the second citizen of Arandis by virtue of being the deputy mayor, Ms Kavenji says that she has become the eye and voice of the socially marginalized in particular. She says that she has benefited from working with like-minded organizations like Gender Links which has built her confidence to the extent that she felt she could contest for political office against men. She says that campaigning was not a major problem for her because she was well prepared and had an advantage of having a gender background. Besides she says that she benefited from the Namibian zebra style of having men followed by women in political positions. Ms Kavenjii says that she went through a thorough process of campaign education in order for her to build confidence to speak in front of public gathering that sometimes are dominated by men.

She says at a personal level she has changed a lot particularly her attitude towards gender equally. Educating children at a young age about gender equality is something she practices in her own home. She also says efforts have also been made to engage school going pupils to understand gender mainstreaming. She says she want to lead by example and be a role model for her community in terms of being assertive to her rights.

Ms Kavenjii says Gender Links can take credit for grooming one of a gender child into a gender champion. She says in her capacity as deputy mayor, her roles are clear that she have to champion gender equality up to national level. Her intentions is to groom young women and encourage them to speak out so that they can become gender champions or drivers of change like her. She I greatfull for the role Sarry has played in bringing the council to the table and making it sign a memorandum of understanding. This document is now helpful in organising gender related activities

In Arandis more women have started to form groups and associations to try and become financially independent from their partners. It was imperative to support and empower the women so that they are able to withstand the onslaught of the economic discrepancy that was negatively affecting family’s dependency on the male counterparts.

One can congratulate the efforts of council to empower women in leadership positions from business women to the corporate world, one can see that women are being given the lead to address the issues of women empowerment during public as well as social gathering, this made Arandis as one of the top centres of excellence champions.

The challenges have been the following;

The Arandis Town Council is having only one female at the Sewerage plant department; however, the representation of women is fairly good, it was quite notable that recently when she attended a training at Swakopmund Municipality with other Local Authorities that she was the only female in the training. Council is therefore trying to bridge that barrier/perception by encouraging female to partake in jobs that were previously male dominated.

The challenges have not been totally overcome. It is quite evident that with the various interventions that Council has undertaken, some of these challenges are not as challenging as before the intervention. For example, the lack of support from stakeholder-Council has taken a deliberate action on having set aside a budget for Stakeholder Forum, whereby all Council stakeholders are invited at round table discussions concerning the environment in which Council operates. The results of this are for all to see as there is more involvement/participation from stakeholders.

On the issue of teenage pregnancies, Ms Kavenji with the help of the council has facilitated the training of youths by allocating a budget to cater for these activities.  Through this intervention, there is a reduction in teenage pregnancies from year to year. Ms Kavenjii remains humble but vigilant in her work. She understands clearly that there is still a lot of ground for her to cover especially with 2015 and the SADC Protocol on Gender audit fast approaching.