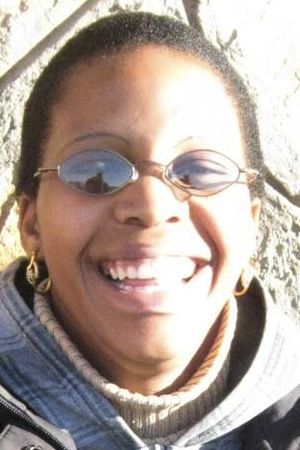 I come from a very political family in Qacha’s Nek, and that’s where I fell in love with politics. For as long as I can remember, I have been dreaming to be a leader at some stage. I remember my friends would laugh at me when I mentioned that I want to be the first female prime minister in Lesotho.

In 2011, I attended a women in politics workshop that was organized by Gender Links and that was when I first met the organization. It was at the time when we were preparing for the 2nd local government elections in Lesotho. The training was on empowering women, and encouraging and supporting the ones who were already in politics to participate more. The knowledge we gained helped us as a party; at the time, we were representing out party. I managed to use these skills later, especially when planning our campaigns. I was much better at communicating, and I knew what to say to people that we wanted to vote. I was elected, through the special seats reserved for women.

Together with the person who was running against me in or electoral division, we are organizing public gatherings. There are so many basic needs in the community, and we need to learn about them, and be able to respond to them. We are also trying to make arrangements with land, and make provisions for people.

My role model is Minister Ponts’o Sekatle of Local government, I am saying this because I have realized the potential she has as a woman and a leader, especially being the minister in such a big ministry. People expect so much development at the local government level, and I really admire her work. The passion and strength she demonstrates in her position motivates me every day.

I know that I am making a huge difference in people’s lives every day; especially young people in my community. When my age mates heard that I was contesting for the local government elections, they were kind of surprised, and some came to me asking what I did such a thing, since councilors were supposed to be older people. But I knew what I wanted. When the government introduced a youth council, many people came to me for advice. They said that I had motivated them as a young women leader, and they would also like to participate in the youth council. That made me realize that the position or the work I do as a young leader has an impact on other young people.

In the future, I plan to work together with youth who have been elected in our council. I want us to organize weekly public gatherings, to motivate young people so that they can be leaders in the future. I believe we have so much potential.