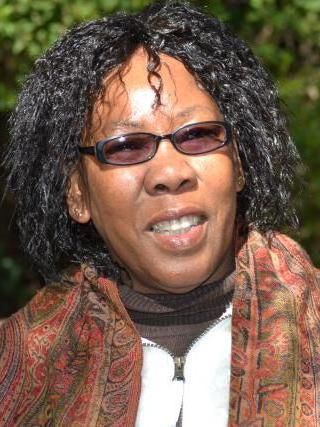 Patricia Kole, is a media practitioner and a member of the Botswana Media Women Association. She reflects on her interaction with Gender Links as a fruitful and conscious building process

In 2002, I attended my first Gender Links training workshop on gender and media. The workshop helped me understand issues around media and gender, particularly how the media can balance gender and increase the voices of women in its reportage. The workshop opened my eyes to appreciate media work that then I did not understand much, coming from a public relations background.

Gender Links influenced me to change my career path from a public relations professional to a media practitioner. In 2006, I went to the USA to study journalism and media. I used a lot of Gender Links materials as my reference sources in my studies.

Gender Links produces well researched materials on gender issues. The materials are of a high standard and provide information on gender in the region.

Gender Links helped me ‘develop a gender consciousness’ that guides me to frame and operate consciously, seeking gender balanced coverage in the media in order to give women a voice and a fair representation.

Interacting with Gender Links, I developed interests in media work and gender advocacy. It gave me clearer perspectives on gender and the media, appreciating that the media still remains a male dominated field. Fewer women than men operate as journalists in decision-making positions.

Evidence gathered from media houses in Botswana by the Botswana Media Women’s Association (BOMWA) attest to the fact that the media industry remains dominated by males, while most of the women in the industry are left to do administrative activities.

The challenge facing women in the media is that there are few women in professional media positions or owning media houses. However, these few women tend to forget about their fellow women living in appalling conditions of poverty and gender inequalities. They ignore their voices, hence a small fraction of women are sources of information for the media.

Gender Links works with many media houses in the region to develop gender policies to ensure that the media records female voices and projects women positively.

Reflecting on my interaction with Gender Links, I feel GL provided me and BOMWA the kind of leadership and guidance we needed on media issues. At our initial contact, BMWA – a relatively young organization- looked at Gender Links for growth and development. The interaction gave BMWA the exposure to grow and focus the association.

Gender Links influenced me to develop a conscience, to notice and speak out on instances when the media abuses its role as a social watchdog. I understand when the media misrepresents women. I know I have a right to take them to task for misrepresenting women.

A case in point is how the media in Botswana once handled an issue of a transgender athlete.

GL media literacy training has made me aware of the fact that one can demand fair representation and challenge the media to correct its poor reportage.

At a personal level interacting with Gender Links helped me to develop confidence to talk about women, how the media presents women and treats gender issues. The media as a social watchdog tends to abuse the role from time to time.

Gender Links transformed my life through its programmes that presented me with opportunities for personal growth. Gender Links does an excellent job that develops one in the media industry, helping you to grow as a person and shape your focus and understanding of gender.

For the future my association will continue to work with Gender Link and ensure that the media is gender conscious in its work and coverage.