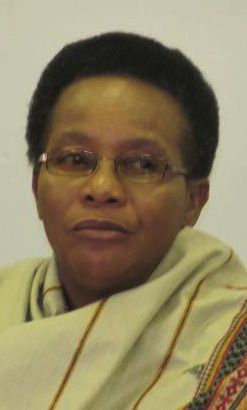 I remember when we were gathered in Johannesburg for the signing of the SADC Gender and Development Protocol. We were all so very excited, but just at such a critical moment, I fell sick with Malaria. This time was so special for me; I will always remember it. I was particularly proud of my country Zambia that had immediately warmed up to the process. Our President then, Levi Mwanawasa had been so supportive of the process and committed himself to seeing it through.

The signing of the Protocol was and will remain so dear to all our hearts. I was part of the Alliance delegation that attended the Heads of State Summit in Windhoek. We were not at all impressed with how it went. We were prepared to picket outside the venue of the HOS meeting. We wanted to know why we had not been granted access to the venue; we wanted to ensure that our Heads of States had signed where they needed to.

I have always been a human rights advocate. I was heavily involved in the Zambian women’s rights movement and the Zambian Democratic Movement. I was the First Director of Zambia Women’s Lobby, where the objective was always to ensure gender equality and women’s representation in decision-making.

At one time I also worked as a programme officer at the Young Women’s Christian Association (YWCA). At the time, YWCA was the lead organisation on gender based violence (GBV). Our main focus at the time was how we could support and promote the Victim Support Units (VSU). I remember I participated in a study trip to Zimbabwe where we visited Musasa Project. Over the years these partnerships have been so important. A lot of research was done for instance with organisations like WLSA.

I cannot talk about any specific negative experiences through the Alliance, save for frustrations that are to be expected from the nature of a loose network of organisations working together. My frustrations are that some work goes undone and there is sometimes limited commitment from members to get things done.

On the positive side, however, is the consistency and high level of documenting and dialogue that has led to the Alliance being recognised as a force to be reckoned with in the sub-region. I have personally grown and reached new levels in terms of my own contributions to policy. I have been forced to research and acquire knowledge beyond what I would have thought necessary.

I believe the biggest barrier that exists for women in the church is the interpretation of the bible. But thankfully we can see reforms that have been taking place from the level of the Vatican since 2004. The church is slowly but surely reforming along cultural and contextual lines. Church leadership is slowly realising that it is up to them to put meat to gender policies, operationalise them and demonstrate to political and other leaders how these issues of gender should be tackled. The church in Zambia is still grappling with how exactly to amplify its voice on issues of gender. We need to start with a baseline study of women in leadership in churches. Women are in churches and they are serving diligently. But we do not see them in leadership.

Recently the church mother bodies in Zambia met to discuss how the church could take up MDG 3 on gender equality, and specifically address GBV. The church has begun to engage actively on various thematic areas such as quota systems, GBV policy and gender policies.

My perception of what I am capable of doing and what is possible has changed significantly. I am able to speak to almost anyone in Zambia now. The accomplishments of the Alliance are well documented through publications, such as the Barometer for instance, and when I represent Zambia I also represent the rest of the region.

As a member of the clergy, I have access to many platforms, institutions and people. I have learned to be make sure I am always very well informed as part of the clergy. The changes I have experienced in my life are thanks to a diversity of women from different places that I have encountered in my life. This journey has included my experiences as a teenager working at the YWCA right up to the time I became a full time minister in the Church and joined the Alliance. The Alliance has simply put a stamp to all the work that has gone on before.

I would like to mentor young women (and men), starting with my own grandchildren. This is what has motivated me and what motivates me daily in doing the work I do. The Alliance has seasoned and matured me into a mentor even within the highest policy making bodies. Gender Links can take credit for exposing me to the various networks of women from all walks of life that I have met through the Alliance. I have met with high-powered and extremely talented women from Malawi, Mauritius and Zimbabwe all passionate about gender equality.

Additionally, the highly sophisticated way the organization approaches documentation has had an impact on the way I think about knowledge creation through the work we do. The Directorship of Colleen Lowe Morna and her ability to steer a loosely organised Alliance to yield important results has been a great learning for me. I have learned a great deal from all the women and men in the regional Alliance.

Through the Alliance work I have built on my advocacy skills and learned to advocate in a way that includes people in the issues on the table. I have also importantly grown in working as a member of a team. Over the years that I have been doing this work I have learned that women are intelligent, diplomatic, consistent, committed and highly capable. The group of women I have been privileged to work with were committed right up until the Protocol was signed and ratified, and are now equally committed to making sure it is implemented and upheld.

The church has also been so influential in my life. As a full time servant of God, I have learned the richness of the gospel and how to deal with diversity. This has also influenced my own attitude and a desire to learn and discover new things. It has birthed in me a desire to see my grandchildren live in the more equal society we have been striving for as the Alliance and the Church.

One of my biggest achievements was lobbying to raise funds for a group of social workers in the church to attend the Grail Centre in Cape Town and undergo training. Any one of these five women can point to how they in turn have influenced the lives of others. They are currently in line to step into various leadership positions within the church. I also continue to be an influence in the lives of my own children and other women I interact with.

In the near future I will be going to India to work with members of the lowest caste in the Dalit community in the east of India. These are some of the poorest people in the world and the message I want to take to them is that they are worth something and are worthy to be counted. I will be in India for about three years. Upon my return to Zambia I want to set up a counseling centre on my plot of land.

I want to pay compliments to all the staff of Gender Links, both past and present, and encourage them to continue the wonderful work that they do. I urge Gender Links to continue documenting all the achievements made at all levels of society for future generations.