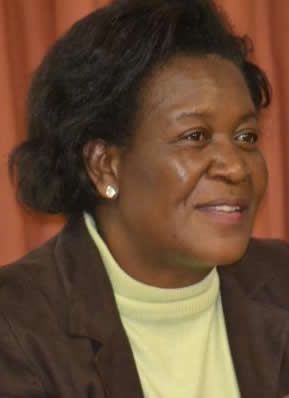 Rosemary Okello Orlale is the director of the African Women and Child Feature Service (AWCFS). She reflects on her interaction with Gender Links.

My relationship with Gender Links predates the formation of the institution. I became acquainted with the then head of the Women Feature Service, Colleen Lowe Morna in the 1990s. She is now the Chief Executive Officer (CEO) of Gender Links (GL).

During the 1990s, we constantly collaborated, covering various news events such as the 1994 International Conference on Population and Development held in Cairo, Egypt. In 1995, we both attended the Beijing Conference on Women.

What pre-occupied us was the lack of research on gender and media in Africa, particularly in Southern Africa. When the thought to establish an organisation to champion gender issues in the media arose, I stood in support of Colleen Lowe Morna, encouraging her to establish Gender Links.

At its inception, GL focused on addressing skills and knowledge gaps particularly in the media. The organisation looked at the wider need to change the perceptions of Africans on gender issues. In the past decade, Gender Links has been more visible in the Southern Africa Development Community (SADC), through its research and advocacy work surrounding the SADC Gender and Development Protocol.

The experiences I have had with GL have helped me take my career to new levels. I have learned a great deal through my involvement with GL. At an institutional level, GL and AWCFS have continued to work together. AWCFS signed a Memorandum of Understanding with the Gender and Media Diversity Centre (GMDC) of GL. AWCFS participates in the GMDC advisory group as well.

The partnership has produced hard copy and e-newspapers, and runs online cyber dialogues at several conferences to ensure that ordinary citizens, particularly from Africa, have the opportunity to engage and contribute to the proceedings. For instance, at the 17th Climate Change Conference of Parties (COP 17) in 2011.

On a personal level, Colleen Lowe Morna has been my mentor since I was a young journalist. She has contributed most to the change I see in myself. Thenjiwe Mtintso, has also contributed to my growth, as she has imparted her unique skills in development journalism and her knowhow on politics.

I have also passed on what I have learned through GL training sessions to others. For example, I mentored Ferial Haffajje editor of the City Press in South Africa, and Pamela Makotsi managing editor of The Standard in Kenya. They have both become commendable leaders. I have even trained some women in politics who have risen through the ranks.

Gender and governance in Kenya is an area I am interested in pursuing. There is need for affirmative action and non-discrimination policies in the country. I also aim to focus my advocacy work on how international instruments can be used to develop gender sensitive policies in our governments.

Great job, Mary! As a freelance writer and high school teacher of 15 years, am even fired to contribute in some way to your noble work. I live in the vastly marginalsed area of Kuria Land in Migori County. Here. the spectre of wife – beating is an everyday affair. School enrollment for girls and transition to high school is pathetic .15 year olds are often married off to perpetuate the cycle of brutality. modernity is a foreign phrase. I could do a feature on this and share on your platform. I hold a diploma in Writing from the Writers Bureau, UK and have written in such reputable journals as the Nairobi Law Monthly publication. Am I welcome?