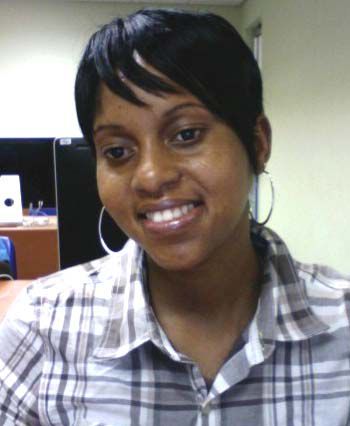 Confirmation of a battle chosen wisely

I have it upon myself to prove otherwise. I feel it is my obligation to show the other side of the story. It is my calling to battle skewed reports and unbalanced media coverage of marginalised women of Namibia. It is my job to shed light where it lacks.

I am privileged to have attended and participated in the Fourth Gender and Media Summit and Awards in 2010. It was an opportunity that came as a surprise to me. I was to represent Polytechnic of Namibia, were I was doing my postgraduate studies in journalism. I had attended a Business Unusual Workshop and had worked on the production of the Lentsoe la Basali newspaper supplement, which were both coordinated by Gender Links in Namibia. What a learning experience it was on gender-based reporting.

When I was younger, my grandmother used to tell me to pick my battles and choose them wisely. If something was not a good idea to pursue, she would tell me, “This is not your fight, let it go”. She also taught me to never start a fight I couldn’t finish. I never really understood her advice until today. Playing my part in showing the world the truth and representing women in the media is my fight.

My attendance at the Fourth GEMSA Summit in Johannesburg confirmed my need to join the fight for women’s causes. At the Summit, different case studies and stories were presented on how various media has and still misrepresents women. Again it confirmed that I chose my fight wisely, as I realized I was not the only one who wanted to be part of this fight. It is a battle I wisely choose to fight and it is definitely my struggle. This is not a fight I will not back down from and I am determined to stand tall because I cannot be defeated in this fight.

Women in Africa have been covered in the media through a tainted and biased lens. When I watch TV, read newspapers or listen to the radio, I feel so much more strongly about this cause. I want to tell the story – not about me, but about women, about communities they live in. I want to publicise the stories of people who would not have had their story told to the world or have had their voices heard. Helping women and communities is all the compensation for my being a journalist.

The Summit gave me a new, better and stronger view of my career as journalist. I got a chance to work in a newsroom with journalists from the SADC region, which I will live to cherish. Becoming a journalist is hard enough, but becoming a female journalist is ten times harder. A female journalist must be perfect in every aspect of her job because her actions are already magnified from day one.

I drew my new energy and inspiration from the presentations made by the following women, Loga Virahsawmy (“My Story as a Gender and Media Campaigner”), Colleen Lowe Morna (“Taking stock: Gender and Media Progress Study”), Ammu Joseph (“Missing Half the Story: Journalism as if Gender Matters”), Emma Kaliya (“Taking the Protocol to the Village”) and Tanya Farber (“Life Lived in Limbo”): phenomenal women, indeed. Through their presentations at the summit, again it was confirmed that I chose my battle wisely.

I bow my head down with utmost respect to all female journalists the world over who have championed and advocated for better representation of women in the media, as I stand not to reinvent the wheel but to join and continue giving women a voice through the media. I commend the work being done by Gender Links in this regard. Media plays a major role in contributing to the shaping of our understanding of success, beauty and what it means to be male or female. Women’s voices remain absent from the decision making chambers of our society.

After the Summit, I felt energised enough to make a difference in the lives of many women, and I will rise to the occasion.

I ask the Almighty to grant me success in doing so.

Salome Nzuma is a journalist based in Namibia.

You’ve always been a good fighter.
Keep up the good work and never give up.