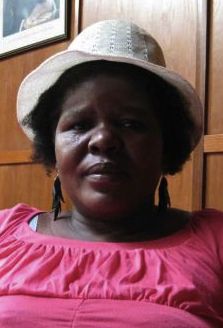 Councillor Selina Maridza is the Deputy Mayor in Masvingo City Council, and one of the few deputy mayors in the country. Unfortunately this position does not come with the same perks or recognition as that of the Mayor even though some of the functions are similar. One of her main challenges in this position, she says, is that she is not given the same space to participate in activities. There does not seem to be an equal distribution of opportunities, because if there are trips, it is always the Mayor that goes.

What Maridza would like to see is more opportunity for exposure and education, possibly even training and workshops for Deputy Mayors so that she can learn how to be more effective in her position, and how to do things better. Opportunities like this would see women gaining confidence and it would result is more effective participation in council activities by them.

Maridza discusses gender as often as possible when engaging with the public. “You are faced with challenges of both overt and discrimination at the workplace and in society, HIV/AIDS, abuse and violence and these challenges can be overcome when women organize themselves.”

She often expresses concern over the stereotyping of roles for both men and women in society, saying women were mostly confined to limited spheres of work in most rural areas. “Women are mostly found confined to agriculture and household work, but we need a scenario in which all people have equal opportunities for participation in economic, political and social change and address the plight of women due to various cultural beliefs.”