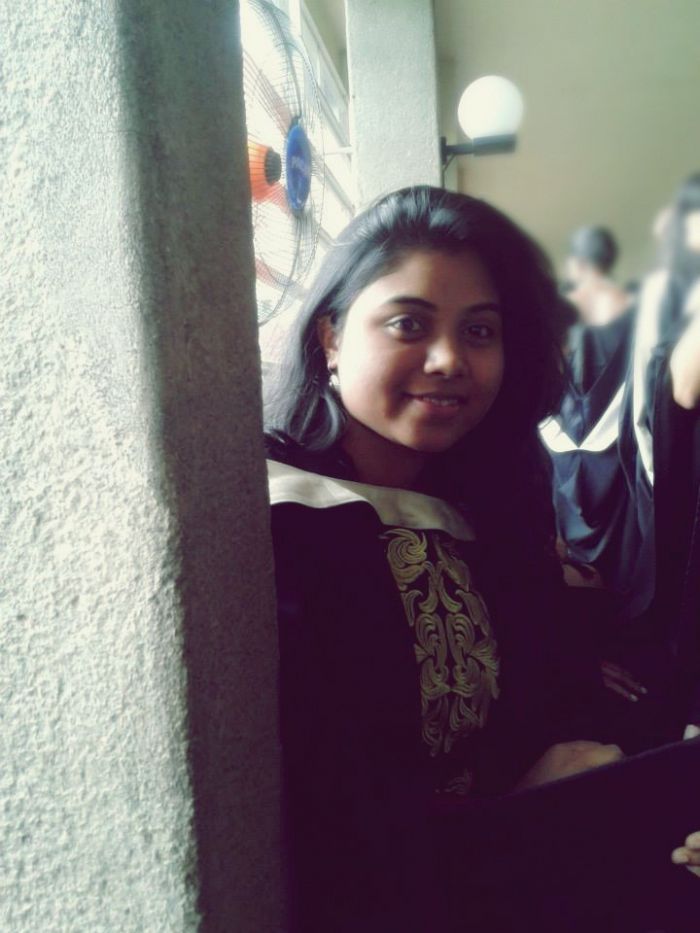 We can never have all that we want in life. But the search is still on and the fight goes on.

One of my most memorable experiences with Gender Links (GL) is when I first went to take the testimonials of victims of gender based violence. I never thought that I would get to hear those testimonials. The story that I first took down was that of a lady who was forced to get married at 13 even though at that time she had not had her first menses. I could not resist shedding tears with her when she narrated the life she had been living. From then on, each “I” story that I took down brought me a deeper insight into violence. I believe that some people simply know the term ‘violence’ as an act of discrimination against someone by inflicting pain on the latter. But my internship at GL taught me to think otherwise. Violence was so deep rooted and I even found myself counseling people and encouraging them to live and see the positive features of life. I could explain to people that violence and discrimination are abnormal and should be stopped and we can start by refusing to be the perpetuators. In this sense, I was able to sensitise many people within my area and those that I meet each day and talk about my experience at GL.

My learning journey with Gender Links started well before I joined as an Intern. When I was at the university, I used to quote the works of GL in my assignments and projects. When I started as an intern in August 2014, I was more exposed to the work of GL. My first journey started with taking down “I” stories for women who were victims of violence. I was really shocked to know that one in four women in Mauritius has known violence. While taking down “I” stories and filling in surveys, I also noted that women were not aware of the different forms of violence. As part of the GL team, I am aware of the groundwork done by GL to get data to publish. I had the opportunity to take part in different workshops run by Gender Links for gender based violence survivors and for the different local authorities as well. I developed a close knowledge of people’s attitudes by doing the Gender Links surveys in different areas and I also had the opportunity to educate people about their rights during the 16 Days Campaign 2014. This emphasises human rights as a major theme.

However, I must agree that while doing field work, nothing is a bed of roses. For instance, there is a constant need to get people to agree to fill out surveys. I also noted that several people preferred to turn a blind eye to gender matters because they think that it is something reserved for women only and this means that we are fighting only for women. I did have a hard time to let people know about the real mission of GL and why GL sets out to work with both men and women. Subsequently I was able to instruct them on the importance of training and workshops which can help to sensitise people and change mind sets.

My internship experience at Gender Links undeniably changed both my life and myself. Having been vastly exposed to the realities of life by hearing people’s personal statements, I felt grateful to God that I do not know such misery. But not knowing such misery myself did not mean certain people should be cast out. I pledged myself to help those in need and make people aware of what constitutes violence and how it can be overcome. I saw how the country manager, Ms Anushka Virahsawmy, would help people and take time to advise them. I always followed the same path.

My country manager would also always say that ‘if we fail to plan, we plan to fail’ and this became one of my biggest mantra’s in life. I cannot disagree that I became a more organised person when I joined GL. Each day I draft my working plans with a deadline and I work accordingly.

My lifestyle at home changed automatically when I joined GL and I now teach almost all my family members the essence of gender equality. My father has a special interest in the works of Gender Links and each evening at home he asks me about the work I have done during the day. He also reads the Gender Links publications. As for my mother, she helps me to fill out knowledge and attitude surveys by asking her friends and neighbours to do the same. I was also surprised to hear how she instructs them on gender issues.

I also had a meeting with ladies in my locality who take entrepreneurship courses and I had the opportunity to talk to them about human rights. It has been noted that in Mauritius many people are not aware of their rights and they do not assume that it is important to familiarise themselves with their rights. This applies mostly to women. In the rural areas of Mauritius women are also not much exposed to media information.

I have the opportunity to meet several people in my locality and within my council itself and to talk to them about the importance of having a gender sensitive approach to policy formation. In my council for instance, being the only woman elected, I make sure that we do a proper gender based budget each year and that we mainstream gender in all activities and events organised by the council.

I wish to sensitise more people both within and outside my area. In my view, meeting people, talking to them and initiating actions along with detailed follow up and monitoring will make a huge change. It will take time, but if this step is followed the mind set of many can be changed.