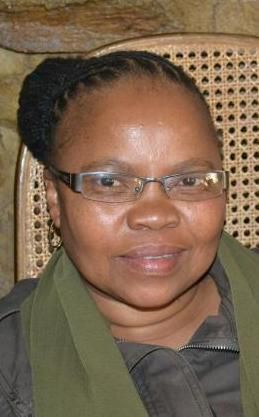 My journey with Gender Links began in 2010, I had always heard and known about the organisation. I attended the Highway Africa conference, Media Educators session, where I met Saeanna Chingamuka, Gender Media Diversity Centre Manager and she introduced me to Gender Links and its work.

We further interacted with Saeanna because my university participated in the research surrounding mainstreaming gender into media education. The research objectives were to establish if Southern African higher educational institutions had gender policies and how gender was covered in their curricula. I later participated at the Gender and Media Summit, in the various workshops organised by Gender Links.

I also do outreach with community media. I have a passion for community radio and I am the current chairperson of Radio TAF Board of Directors. I have served as the commissioner of the Board of National Community Radio Forum in the past.

After all these intersections with Gender Links, I started to understand gender issues more deeply. I re-educated myself on real gender issues as what I had previously thought were gender issues were not.
The re-education process gave me a fresh perspective, adding to my knowledge on critical issues on gender equality and media.

When we were doing our curriculum review at the university, we tried to ensure that our training programme had clear and well-defined gender components. We tried to make it a point that our course structure embeds gender as a critical issue to help learners understand gender inequalities.

My most memorable moments interacting with GL are many but the media summits I have attended standout. These are memorable to me because they gave us an opportunity to share experiences and innovative approaches that different media houses are undertaking to mainstream gender. For me as an educator, the Summits also gave me opportunities to review the impact we are having in our modified training approaches.

The 2010 Summit also stands out most for me because I was able to network, to talk with UNESCO representatives and various representatives of Gender Links’ media Centres of Excellence who shared their experiences and activities. The Summit also allowed me to network with other educators, sharing information on how to improve media studies curriculum.

It is imperative to include gender mainstreaming in curriculum to improve media education. Gender mainstreaming is an important component in improving media training and ensuring that university graduates coming from our programme understand gender inequalities and report on inequalities that exist in societies when they become media representatives.

University of Limpopo held a training workshop on how to mainstream gender in media studies courses. Lecturers had to submit course outlines within their curriculum to revise them. All our honours courses now have a gender module.
In my other activities as the chairperson of Radio TAF Board of Directors, I also make sure gender is considered seriously. The law governing the licensing of community radio stations stipulates that community radio boards need to strike a gender balance.

I ensure that in my sphere of influence I am committed to making people aware of gender. I am vocal on the importance of observing gender equality. At my university I am known for pushing gender equality. I am constantly reminding the council and other staff members to look at gender dynamics in policymaking, planning and implementation.
I also run workshops on gender mainstreaming whilst training media personnel in the Limpopo province and I run workshops for media facilitators in the Limpopo province.

Overall, working with Gender Links has helped me better understand gender mainstreaming in my work and private life.