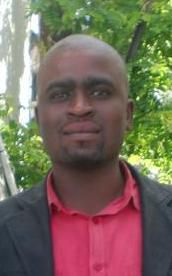 Born and raised in the historically patriarchal society of Lesotho, the notion that men are dominant and women should be treated as minors, today Tieang Sefali is a changed Basotho man, who does not think that women are children. Thanks to his interaction with Gender Links Sefali respects women.

Councillor Sefali of Tsana-talana first interacted with GL in 2011 during the COE workshops held Tsana-talana Council as part of the local government Centres of Excellence (COEs) programme in Lesotho.

“At first, I did not understand well what gender is all about. I only thought gender is about women who want to topple men, but with the GL training, things became clearer for me to convince other men of gender issues,” said Sefali.

Sefali notes that he has learned many lessons from participating in the COE process. He has learned that women can also affect the lives of people in a positive way.

Since his interaction with GL, Sefali’s life has changed. He is gender sensitive and he involves both men and women in all of his council activities. He has also established a male-focused group that teaches men about gender issues and encourages them to stand-up against domestic violence in the village.

Additional men have joined the programme because they believe in Sefali as a leader and the cases of violence are dropping. Perpetrators are now the ones teaching people to fight this crime, so less and less men commit violent acts against women.

At a community level, Sefali’s understanding of gender issues has led him to establish a theatre group for boys and girls in his village. The group produces plays that discuss and teach the community about gender equality and other gender issues.

“It is very difficult to change old peoples’ minds. If young people can be taught to be gender sensitive, we are sure of a future generation that is gender sensitive. Women will not be seen as minors but as people who can be trusted to manage the politics of the country.”

Sefali is widely appreciated as a hero in his village. Many people admire his work on gender and how he encourages men to join the theatre group and participate in various gender activities. More people are showing interest watching the group’s plays. The plays tackle various gender related issues and the empowerment of women.

Through the plays people are transforming their lives and Gender Links will be extending its hand to change many peoples’ lives indirectly. More and more people become gender sensitive and support efforts towards women empowerment. Women will no longer be seen as fighting for themselves to overtake men.

In the future, Sefali plans to reach out to more men. By reaching more men, violent conflicts and practices done in the name of culture will reduce in number. When women can be included in decision-making, and more men involved in groups fighting against gender based violence, safety for girls and women will be guaranteed.

Sefali also plans to target male groups for more awareness campaigns for people to understand and appreciate the importance of women in the society. The theatre group will inspire other people and foster the community to build gender sensitive social systems. He hopes that future generations will be free from gender discrimination as a result of the advocacy work done by the theatre group.