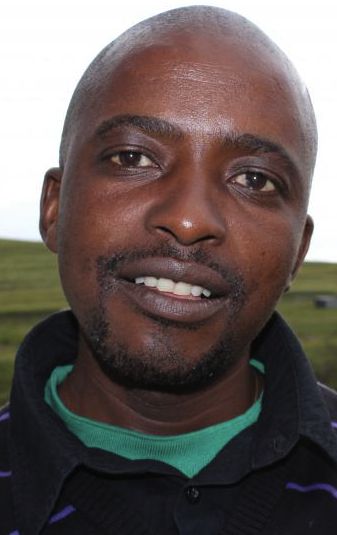 My name is Tlhoriso Ramolete from Mokhotlong, and I am the youngest councillor in the council. When I wanted to contest for local government elections, people did not take me very seriously; some even mocked me, saying I was young and very short, and how did I expect people to listen to me? It was very difficult, but I have never regretted making that decision. Especially when I see myself now making such a huge different in my community.

Since a little boy I had always wanted to be a leader, but I had no idea what kind of a leader I wanted to be. I know I wanted to change people’s minds; the way the think and approach different issues. Although I wanted to change people’s mindsets about certain issues, I didn’t have that much knowledge on gender issues, and most importantly, the crucial role of women in the community. I wanted to be a leader, but I knew that I was a Mosotho boy, and there were certain things that I could not change. Some things were like that and had to stay that way; for example, I was raised knowing that a girl has to respect her brother. Even if she was older than her brother, she has to respect him because he is boy. There were things that I thought were like that, and nobody could change them in any way.

In 2011, I decided to contest for the local government elections, and fortunately I won at the polls, and got the opportunity to come into office as a councillor of Sanqebethu community council. That is when I first encountered Gender Links; they were here to do a Centres for Excellence COE workshop. It was a very important workshop, because we were taught about key gender concepts and many other modules. I became very clear about gender from that day on, and I changed my life. I am a councillor, farmer and a builder. I knew nothing about gender issues until I met Gender Links; then everything became clear as to how gender issues should be handled.

At the moment, I am able to take both men and women into account equally on governance issues, job creation, and other issues that were at first delegated only to a certain group of people. I understand and fully believe that women and men should be treated equally in everything.

Gender Links really did a great job in bringing the trainings to us, and hence giving us an opportunity to educate ourselves, and even let the community take part in the gender discussion. These issues were so difficult to understand, let along implement. But now, with time and work, everything is easy.