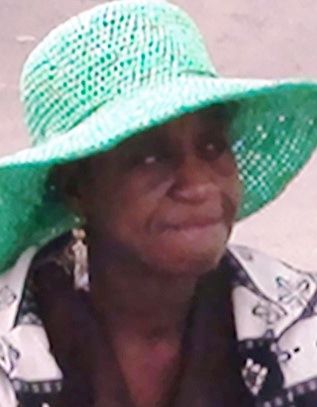 “I used to hate men very much as I believed that it was their fault that my life was such a mess and I had a very bad attitude towards them, but now I have changed as I have even forgiven all the men who have wronged me”

Tsepiso Mpofu cannot forget the day when she and other women were called to the council and asked to write their stories. It brought back so many memories and she cried so much. She maintained that although she had cried that much, she was very relieved and felt like a whole person.

Mpofu is a single mother who looks after five children and has been looking after them since birth. Mpofu was impregnated by her partner at a very young age, but her partner did not marry her. However, she stayed with him until they had five children. She feels that she should be called a driver of change due to the nature of her work and how she has changed her life for the better and even affected people around her. She added that when she looks back and remembers where she was before she encountered Gender Links, she believes that her life has changed so much that she deserves to be called a driver of change.

When she was growing up she was raped and she had to run away from her home because nobody believed that she had been raped. Her life was very difficult and she was struggling because she did not have anyone who could assist her and she was very young at that time. Since nobody believed her she was not even able to report the rape to the police because she thought that even the police would not believe her. She lived this difficult life for a very long time and even her partner was not supportive and also abused her. She said that he would sometimes sleep with her during her period and he would not even discuss it with her even just to find out how she felt at that time.

When she realised that she was struggling she decided to go and sell vegetables at the market, but the business was not doing very well as there were so many people selling the same things. After she met with Gender Links and attended the three phases of the training she was able to learn many things that changed her life. She decided to totally change what she was selling. First she learnt about how to draw up a business plan, about good marketing and how to advertise her business. Her business improved so much and she was able to make so much money that she even had to open a bank account for the very first time.

Mpofu mentioned that her children used to be expelled from school all the time and she was so bitter her whole life because she could not understand why it was happening to her and why she was suffering so much. All those things have now changed because she is now able pay her children’s school fees and take care of them very well. There is a never a time that her children go to bed without eating. She used not to have confidence and her neighbours would gossip about her when she was on her way to ask things from them. She hated her life so much, but now things have changed and her neighbours are the ones that borrow from her.

She used to hate men as she believed that it was their fault that her life was such a mess and she had such a bad attitude towards men, but now she has changed as she has even forgiven all the men who have wronged her. She highlighted that GL has played a very important role in her life and it has changed her life for the better. Her attitudes have not only changed towards men, but also in her home, since she was bitter and the relationship between her and her children was not good as she was always angry and that affected her children very much. She believes that it is one of the reasons that her children used to fail at school, but she is now able to sit with them and make all the decisions together as a family.

People in her community treat her as a very important person and they believe that Mpofu has given them a reason to live. This was said by Malimakatso Melamu, one of her neighbours, who recalls how difficult Mpofu’s life was. Melamu mentioned that there was no one in their community who struggled like Mpofu did, but she was able to turn her life around regardless of what she had experienced when growing up. She added that Mpofu encouraged them to form a society that would assist their families. This is why they are sewing hats using plastic and they are making a lot of money that is making a huge difference in their lives. Melamu highlighted that they used to believe that only the poor like Mpofu could sell on the street, but she was able to teach them that there are many things they could do to make money. This is especially important for single parents.

In closing, Mpofu mentioned that even though her life has now changed it was not an easy job, but she managed to work very hard because she wanted to change her life. Men used to mock her at the taxi ranks, but she kept on pushing as she knew what she wanted and what she planned to achieve. She cried only to change her life and make sure that her children live a better life.