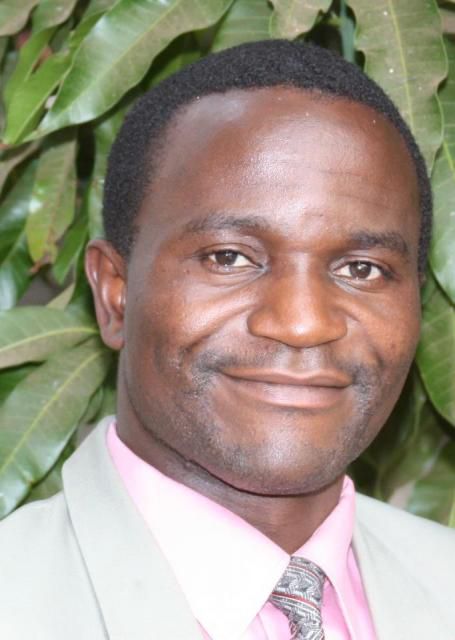 My name is Victor Kaonga and I am the National Director of Trans World Radio Malawi (TWR). TWR is a Christian but non-denominational radio station. Being in the media is not by chance but by design. I think this came about through planning, thinking and obedience. I grew up on a farm where I mostly listened to the radio and I admired the idea of working on radio and making a contribution to disseminating information. Though at some point I wanted to do something else, after seven years of trying to do that something else, I came back to the media because it is what I am naturally interested in.

Primarily for me, working in the media is at two levels. Firstly, I do use the media for evangelism and discipleship, and secondly, I provide information to people regarding their day to day lives. Through my career path I got to learn of Global Christian Ministries that is impacting the world and this triggered my passion for Christian media. I thought I could extend God’s kingdom through evangelism and discipleship by working for the radio. On the other hand I thought I could use the media to disseminate basic information that people need like how to live a healthy life or tips on how a person can excel in education. I believe adequate information helps people to make informed choices.

I have been on & management level at TWR for a couple of years, but speaking in reference to the last three years, the radio has made deliberate efforts in increasing the female voice on the radio. Much as the female voices could dominate in terms of presenting programmes, we noted that men were the content contributors of such programmes. This has forced management (under my leadership as a National Director) to think of ways to coaxing women who could be content contributors. Meanwhile, TWR has three regular ladies who have their own programme every week – this wasn’t the case two years ago.

In 2011, we dedicated a full week to a cross-section of women to present programmes and run promos on air. We challenged women to present programmes and read news, whether or not they had been to studios before. We particularly wanted to reach women who have never been in the studios before so that we could orient them and give them a feel of what it means to be on air. We were also specially looking for mothers, realising that Malawi has a huge population of women and we thought we needed to recognise them by giving them this opportunity. To this day, we keep receiving requests from women near and far asking when we will offer mothers another opportunity to be on air.

Believing that iron sharpens iron, last year (2012) we also provided a platform to Women of Distinction through a special personal profile programme. We thought of giving these women who were recognised as women of distinction a chance to share their remarkable stories and inspire other women. TWR intentionally featured nine women of distinction back to back for an entire two month. The programme attracted a lot of feedback from listeners, with some asking for contact details of such women. This was a testimony that the programme made a huge impact.

At an individual level, I also have a radio weekly column (programme) titled waboli wane (my wife). I have been doing this programme since 2010. Initially I had planned that the programme should just be about myself (using vernacular language – Tumbuka) talking to my wife. The programme is meant to challenge masculinity from various aspects of life, like religion, culture and tradition and politics. After airing four editions of the programmes, I got feedback from my listeners commending the content of programme, and some asked me why I wasn’t featuring my wife and yet I called the programme Waboli Wane. I bowed to their demands and featured her though she doesn’t speak Tumbuka fluently. Basically in the programme I challenge my audience, particularly traditional men, to allow women to equally be given a chance to participate on various issues. In my programming I have talked about issues of women’s economic empowerment. I challenge people who look at women as mere recipients and not generators of income, or those who look at women as labourers at the bottom of a production chain.

In the same context of challenging stereotypes, I have used the radio to talk about sexual and reproductive health. Parenting is an issue that I have had an interest in. For instance, culturally society has norms that raising a child in a family only belongs to women and not men, and yet these are things that men can equally do. Above everything else, I use this programme to preserve the dignity of women as children of God.

Though I am in charge of TRW Malawi, I take one full week on air each month in spite of my busy schedule. During this week, I am always on air by 4am and I sign off at 8am. When this period comes, I don’t wait for my wife to prepare my food for breakfast and lunch; I do this myself.

Growing up in a family of eleven; three males and eight females, has had a big influence in my career. I am the first-born son in the family and generally I am very respected. I have had to break the trends of respect because sometimes they keep me away from the kitchen. In addition, reading, training and travelling has influenced my career. For instance, I have learnt from Scandinavian countries about the need for equality between women and men.

My first encounter with Gender Links was in 2009 when I was part of a team of journalists who were interacting with women aspiring to contest in the 2009 general elections.

Outside my profession, I am always available to encourage as many girls as possible to be in school and to respect themselves. I get so angry when I see girls or women being disrespected because of the pain that women go through when giving birth. As a personal campaign, I would encourage that there should be very few children born per woman and that as many women as possible should excel in education. I feel this is one way through which Malawi can develop.