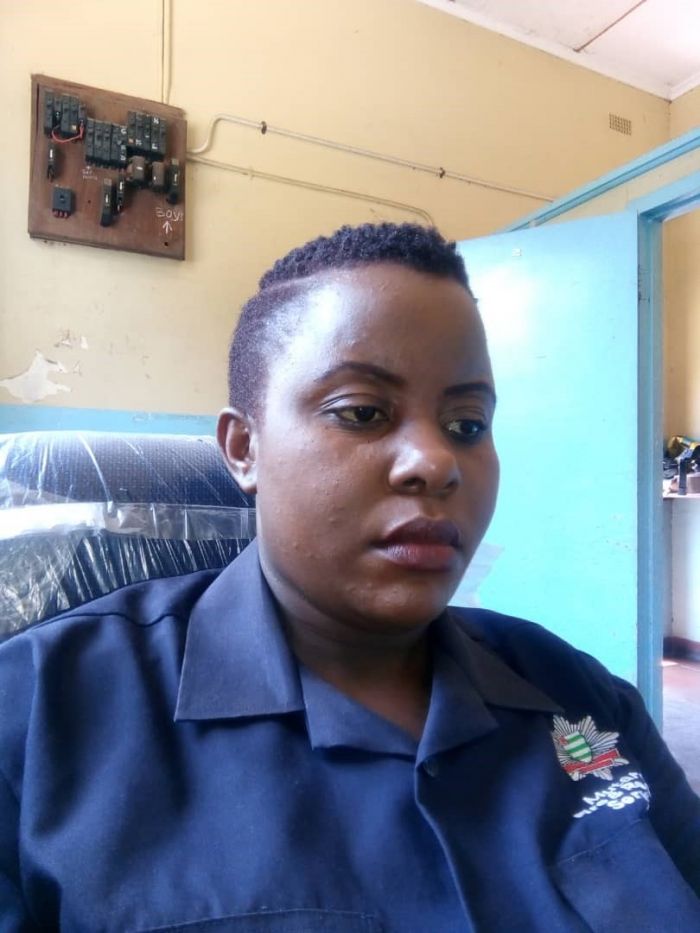 Picture a Fire Fighter for a moment! What are you imagining? A male?  Strong and heroic?

The reality is a bit different but it’s an image of the ideal firefighter that is in many peoples’ minds. And that means that many women do not even consider a career as a firefighter.

In the workplace, gender quality is not just lip service. It requires understanding, doing and demonstrating and ensuring that every individual is seen as an individual, a human being and not stereotyped by their gender. People ought to respect the chair the person sits on. The focus should be on this and people should not preoccupy themselves with the completely irrelevant (concerning work) details of the female leader. Capability and ability is not the prerogative of just men. Conversely, incapability, inability, irrationality and other ‘popular’ negative traits do not belong exclusively to women. Any quality or its lack is an individual thing and is not the copyright of a particular gender. Men and more critically women need to realize and understand this, completely. Women in and across organizations would be a lot better professionally if they regarded each other and consequently themselves with respect and positivity. In attributing their kind with negative character traits, they do a great disservice to their selves. The story of Chipo Mucheto, Sub Fire Officer at Mutare City Council will have one realise that indeed, one’s gender does not determine the field they should work in neither does it determine one’s competence.

Mucheto is a mother of two, female firefighter, in fact, the first female to 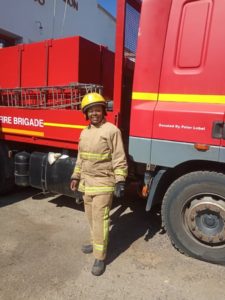 From a very tender age, Chipo says she always dreamt of taking up challenging tasks and wanted to choose a path less travelled by many in life. She wanted to become a person who can do something that would bring a positive change in my community.

She completed her formal education in 2007 and when she came across the recruitment advertisement by the Mutare City Council in the newspaper for firefighters, she immediately knew this was something she wanted to pursue and thus applied for the position.

She was invited for interviews which included both the written and physical test and was also the first woman ever to do so in the City of Mutare. From the interviewees, she noticed that there were only 2 women who had attended the interviews. At that time, Council was also skeptical about employing female fire fighters.  Nevertheless, she received her initial training at Mutare Fire Brigade in 2008. It was a six month training that involved both written and physical tests.

According to Chipo, the training was very challenging and tiring, and every day she felt like quitting. A typical day started with morning runs, physical exercises, squad drills and fire appliance drills. From 8:30 am to 10:15 am trainees were occupied with the morning physical training. Post that all trainees attended theory classes from 10:30 am to 1 pm and after which there were afternoon ground classes, which continued till 5 pm. Each training module was complemented with various exams. Hard work cannot be substituted in any field and Chipo knew if she was to succeed in the male-dominated field, she needed to step out from her comfort zone. Despite all the odds, she completed her training and was certified as the first female firefighter for the City of Mutare Fire Brigade.

From that point I knew that I had made giant steps in this male-dominated field and I told myself that I was going climb the ranks, break stereotypes, through hard work and dedication”, said Chipo. Fast forward 12 years later, Chipo has now attained various internationally recognized professional qualifications in Fire and Rescue Services. She is now a certified Class 2 driver and drives the Fire Tenders, and I am now a Sub Officer with the City of Mutare Fire Brigade.

It has not been an easy road for her but she feels that her hard work and perseverance has empowered young women to join the Fire fighting fraternity. Currently, the City of Mutare has 7 female firefighters who were recruited after having noted that women can do the job too. In a nutshell, Chipo became the clear evidence that the assumption that Fire Fighting is a job for males only is just a social construct.

“For the past 12 years, I have been working hard to prove that gender does not determine competence. In the fire service, our greatest strength is our ability to work as a team, and a good team needs a range of skills.” said Chipo

Being a woman in a typically male-dominated profession has not always been easy. Chipo said that there have been people who told her that Fire Fighting was not for women or that she did not deserve her achievements. She however persevered and was resilient enough to an extent that she has now been promoted from being a General Fire Fighter to a Sub Officer.

She also feels that her hard work has resulted in the change of mindset within the City Of Mutare. Previously, some jobs were generally reserved for women but that has since changed. Council is now employing women even on high positions such as that of Roads Engineer, Curative Services Manager. At one point the City of Mutare Management even resolved to strictly employ women to ensure Gender Equality within the senior management. Also noteworthy is that Chipo was a youth, still is, when she joined the City of Mutare. That discrimination against the youths is fast going away at the City of Mutare as the current management is very youthful.

In conclusion, Chipo had this to say “I would encourage all women in the fire and rescue services or in any male-dominated industries to embrace being different. Don’t waste your energy trying to conform. I’m not constrained by a specific set of expectations. I chose to be a  firefighter because I wanted to do something positive to help my colleagues and because I felt able to define my path.”