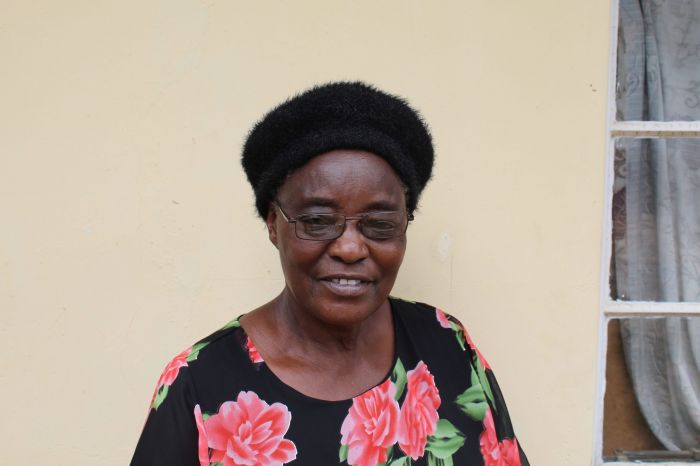 Narrating her experience and a sudden turn of events, Mvurwi Town Council’s only lady Councilor, Chipo Violet Kuta had this to say, “Like any other young and bright girl who was brought-up in one of Zimbabwe’s remote rural villages which mostly were characterized as the main epicenter of gender stereotyping. In social construct, each and every day started and ended with an endless list of activities meant to be performed by the girl-child. This indeed affected not only my focus and level of confidence but almost in anything that I did. The domestic chores that were attached to me as the girl-child in a family setting, never gave me at least some little time to rest, to concentrate on my studies after classes, neither to play outside with my friends from around the village. As if not enough, this went on and on as I grew-up enough to even blinker my choice of profession as I ended-up choosing nursing as a career which in those early days was mainly a women dominated profession. It was indeed very rare to meet a male nurse and certainly you could hardly find one. It took my participation at one among many of the Workshops organized by Gender Links, in Harare sometime in 2017, to completely change my mindset that there are jobs meant for women while there was a no-go area only reserved for men.”

Like most of the people in a new environment, when Councilor Kuta first got into the office, she was jittery and not so sure of herself particularly at meetings. This affected her participation even when she had very critical and vital contributions to make. Luckily, the then Council Chairperson understood her so well and could help to raise her confidence by further probing for her views and suggestions each time she appeared unsure whether to say it or not to.

“The continuous exposure and interface that I got at various workshops and meetings enhanced my confidence and understanding of gender issues. As a Councilor at Mvurwi Town Council, now I can stand up in front of multitudes and speak with confidence on behalf of the marginalized communities. There is no doubt my level of participation, and impact of my contributions in Council meetings have indeed greatly improved.”

“Unlike in the previous setting where the boy-child was perceived to be superior to the girl-child, thanks to Gender Links, I have learnt and managed to nurture my children in a manner that they are all equal and no one between a boy and a girl, is inferior to the other. As grown-up as my sons and daughters are, my sons can now do the dishes and laundry while there is nothing sinister at all in my daughters in-law working in the garden and performing other tasks culturally believed to be for men.”

Councilor Kuta revealed that she has managed to bring the change within her extended family and amongst her immediate surrounding in that her children can now understand their respective siblings and spouses with ease among other attributes. As much as she worked to change the mindset, the close relations have also embraced the development through acceptance as evidenced by their positive responses. Certainly the change seems to be cascading downwards to the family’s next generations

Since the proclamation of Mvurwi as a town in the year 2009 to become a stand-alone sub-national unit from Mazowe Rural District Council, Councilor Kuta happen to be privileged as the new Council’s first and only lady Councilor to date.

“During my first term of office, I did not have all the courage, confidence and the audacity to call a spade-a-spade against gender imbalances in a predominantly male dominated career that resembles a mine-field”

However, in one of the most recent developments where Council was allocating Service Industrial stands to small and medium entrepreneurs at a newly designated site, Councilor Kuta as Chairperson of Mvurwi Town Council’s Housing, Community Services, Technical and Environmental Management Committee, also successfully advocated for recommendation of stand allocations to unemployed women and youths engaged in informal activities with some of them noticeably into detergents making. This have seen the beneficiaries particularly the marginalized, appreciating their recognition by Council in such schemes. Earlier-on, low income earners mainly vendors and other informal sector players were also considered for allocation of residential stands upon application in Kurayi High density’s Phase 1 and Kurayi High Extension whereas prior to that the stands were only accessible to the rich and those with access to funding.

As a responsible mother, Councilor Kuta have also learnt to advance the approach and support to Junior Council issues. This include involving the youths in local governance matters among them, consulting on their budgetary perceptions, views, comments and contributions. Also to confirm her passion for community empowerment, she is also among the brains behind the recent training of mostly women and youths (while a few men were also involved), which training had a bias towards various community empowerment projects that included manufacturing of a wide range of detergents on a small to medium scale.

Councilor Kuta’s gender activism is also not limited to the church as she is influential in the promotion of informal sources of livelihoods particularly during this Covid lockdown era. She has done this through formation of a network rather a platform for women who are into small enterprises. This platform helps members to advertise, retain and open markets for their various wares thereby enhancing chances of boosting volumes of their sales towards their respective livelihoods. She also stirs her Ward Development Committee (WARDCO)’s activities as the Chairperson. The composition of WARDCO itself also caters for an all-inclusive teamwork as the elderly, youths, women, men, people living with disabilities and those with chronic ailments among others, are incorporated.

An avid Gender Based Violence activist Councilor Kuta has become, she has managed to demonstrate her activism against violence through raising awareness within her environment.

As a member of Women in Local Government Forum, the membership historically advocated for enactment of a law on a 50-50 representation in local governance. This interprets quite an achievement at national level as there are now provisions for an increase on the women’s quota when it comes to election into policy-making positions within the country’s local government units. Using her influence as the Chairperson of Mvurwi Town Council’s Housing, Community Services, Technical and Environmental Management Committee, Councilor Kuta also advocated for policies that uphold construction of ramps at public institutions starting with council premises. This now make most if not all of the council facilities,accessible even to wheelchair bound citizens.

Being the only lady Councilor in the town, at first it was never easy to articulate certain issues pertaining particular marginalized sections of the community, be it in committees or in council meetings. However, with time through Gender Links’ Midas touch and continuous education, there is now total change for the better in the approach and appreciation of family, community and societal issues on Councilor Kuta’s part.

“In this vein, it is my humble plea that education and periodic programs for youths are planned, organized and coordinated through such structures as the Junior Council or Junior Parliament whose membership constitute tomorrow’s leaders, so as to avoid yester-year’s level of appreciation and approach to gender issues.To borrow Councilor Kuta’s winding words, “It is my humble confession that Gender Links’ touch in my work and life has managed to sharpen my focus, confidence and also to become a mentor in my own mould as I keep track of this involving yet interesting learning journey. Once again many thanks to Gender Links, my family, community and my colleagues back at work”