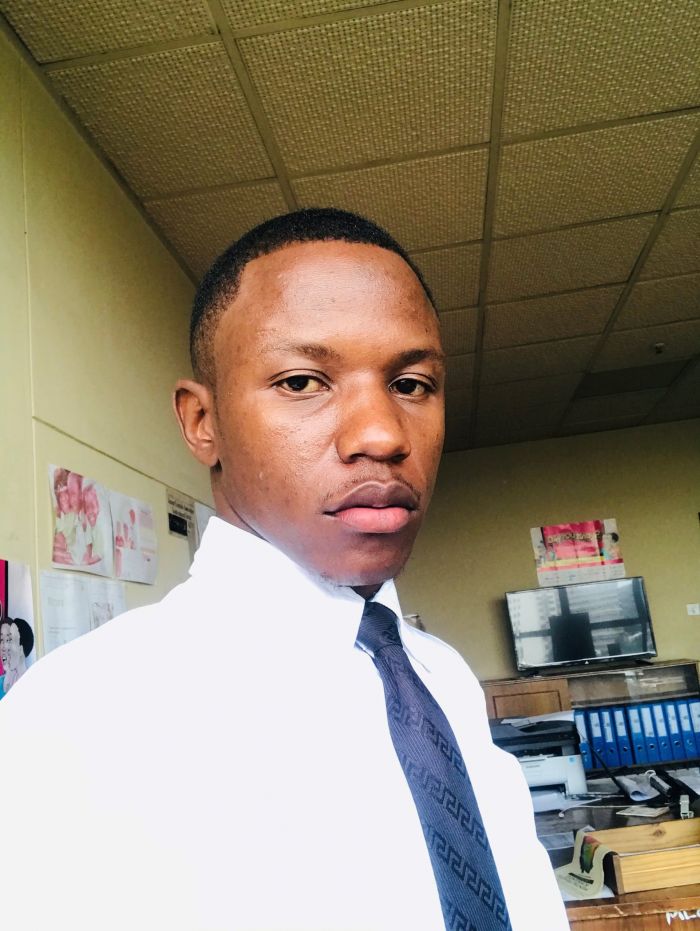 “Having the thought that I am armed to the teeth in knowledge is what drove me to the incorrect conclusion that there was no need for extra knowledge apart from one that most people receive via conventional education in the classroom. However, Gender Links through its information rich seminars, made me realize that more had to be done in communities so as to promote the correct SRHR practices.”

Mupinda is an Information and Public Relations officer who started out as an IT intern for the Ministry of Local Government and Public Works. During his educational tenure, he had little understanding of what SRHR is and its importance to the community. Having grown up in the high-density areas of a very small town called Chipinge before moving to Harare, he grew accustomed to the SRHR anomalies that were taken as normal. Being confined to a world of computer science and technology at tertiary school made him ignorant to a lot of issues that were faced by young people and adolescents in regard to their sexual reproductive health.

The change of work environment brought by working at the National Junior Councils Association of Zimbabwe provided the opportunity for Mupinda to be in touch with the reality of what young people faced in their day to day living. Mupinda was fortunate enough to have attended a Gender Links workshop on SRHR in November 2018. It is in that moment that the bubble of ignorance burst. During the workshop, the participants were introduced to the body and how it functions. It was in that moment during the first day of the workshop that Mupinda realized that it wasn’t only the young people who were ill informed but also adult policy makers. Mupinda was devastated to learn that 72% of young women in rural schools do not have access to proper sanitary wear including sanitary pads amongst other disturbing facts on Gender Based Violence and SRHR. These young girls are then forced to use unhygienic materials including cow dung and cloths which then results in an increased chance of getting cancer.

The fact that Mupinda and most adult policy makers were not fully aware of the complications that arise from the lack of proper sanitary wear made Mupinda realize that more had to be done to educate the public and future leaders on the importance of sanitary donations in the community. Mupinda reported the findings to the National Junior Councils’ Association of Zimbabwe so that they could formulate a strategy on awareness and donations. Mupinda helped in the formulation of a database of Junior Councillors that was then broken down into provincial WhatsApp groups that would then brainstorm on how to help the under privileged girl child. Mupinda began a public reporting strategy that aimed at visiting Local Authorities that were focusing on SRHR and provide media coverage on their activities. The media would then be distributed on National Online Platforms that Mupinda had created and then tag other relevant organizations that had the potential to help in the noble cause. The main goal of creating these posts and platforms was to provide education and information to those that were unaware of the challenges that Rural people were facing.

Mupinda also took part in educating young policy makers on provincial platforms on the effects of Gender Based Violence and Child Sexual Abuse. The aim of these educational discussions was to educate the young leaders on how to curb GBV and Child Sexual Abuse, the proper protocols and channels to follow in reporting cases of GBV and also grooming the young leaders to be exemplary as they grow into adulthood. Gender Links provided much needed assistance and support in the educational seminars.

Mupinda decided on the use of visual aid to further educate the community of SRHR and GBV facts. He had to teach himself the basics of graphic designing so as to create graphic imagery of what he was learning from Gender Links Seminars and Sessions.