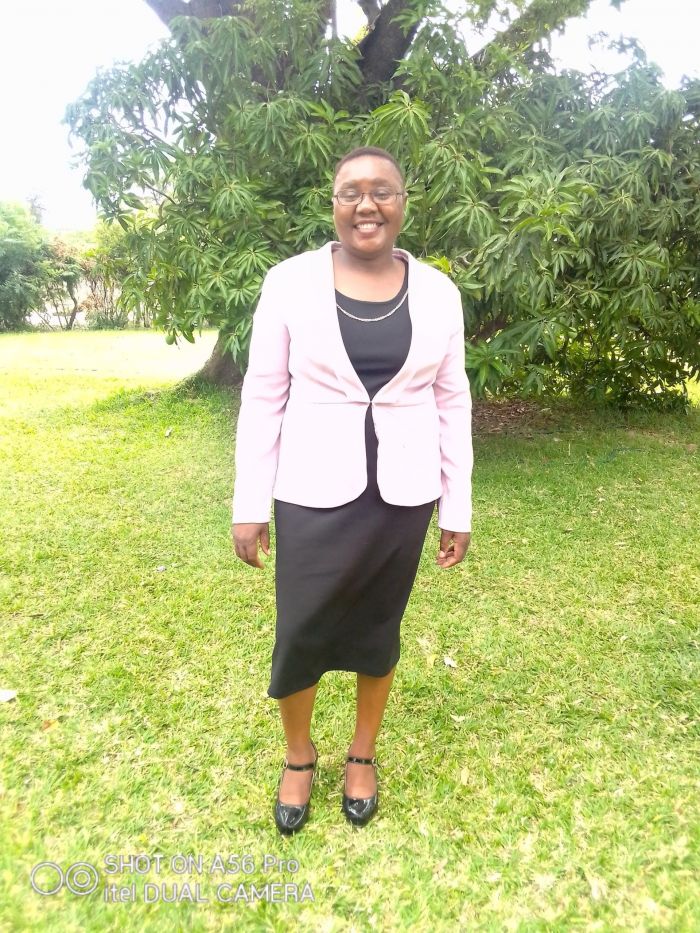 ” … it might have been the typical male employee’s thought that “female” was pronounced with “vulnerable” in between.”

It is not the occupation of the beneficiary that raises eyebrows, but rather her being able to break the silence and say no, along with the subsequent impact emanating thereof. Doubling as personal assistant to the CEO and again as assistant Human Resources Officer, Grace is also the Gender Focal Person for Zibagwe Rural District Council all owing to Gender Links. Her job involves, but is not limited to, interviewing and scouting for the most promising of candidates for various jobs at the firm. Grace has since converted this particular part of the job to a psychic wing, evaluating concealed cases of broken women and offering Gender Links as a solution.

A year ago, the insanity of thinking that a simple hour-long workshop on gender rights could change her life was unimaginable. Yet, what was even more unfathomable was not doing something about the inferiority complex, or worse having someone bear it after she quit the job like her predecessors. Gender Links became that missing something. Back then, at work, it might have been the typical male employee’s thought that “female” was pronounced with “vulnerable” in between. From the interviews she conducted, it was evident that similar situations were being faced by the local women in their homes. Could she remain silent while the women around her were suppressed? Certainly not.

Those interviews opened her eyes making her realize that the fighting spirit in her had always been there, but the amour (Gender Links) was missing, a fifty-fifty credit scenario.

One case to remember is that of Linda, a struggling widower, devoured by self-abandonment after resorting to less graceful ways of getting money. Grace spearheaded the task of bringing Linda to economic self-sufficiency by encouraging her on small vegetable and poultry projects. “What keeps me going is not only the warmth in reminiscing Linda’s teary eyes reflect gratitude, but the word of my daughter when she caught wind of the story,’I want to be like you mama’ “.

From Linda’s example, the feminine community, even those who had scorned at the idea of women independence (as is the local traditional belief that women cannot manage matters, financial or otherwise) began to attend, conveying awareness.

From her position as Gender Focal Person, Grace continues to help women grow socially and campaign for gender awareness. She hopes that Gender Links may help spread knowledge of women’s amazing capabilities. Grace managed to help some of the women who were vulnerable to negative attitudes and discriminatory harmful cultural practices for example the ones in Zhombe who did not know their rights, those who were abused emotionally and those discriminated. She helped them understand the principle of non-discrimination enshrined in the constitution. She emphasized on the discriminatory tendencies which are governed by the customary law. Grace taught the rural women and men of Zhombe on harmful cultural practices.

She told them that they were the norms which negatively affected the fundamental rights of women and girls such as their rights to life, health, dignity, education and physical integrity. ” The practices are forms of violence which are being committed in communities and societies such that they are considered as part of cultural practices,” she said. Grace gave examples to some of the cultural practices such as marital rape, domestic violence, conflicts between civil and customary marriages, economic disempowerment, virginity testing, widow inheritance, prohibition of family planning, elevation of boy children above girl children among others in which she said 99% of them affected women and the girl child. When she finished the awareness almost everyone who had attended the campaign was changed and saw the world as