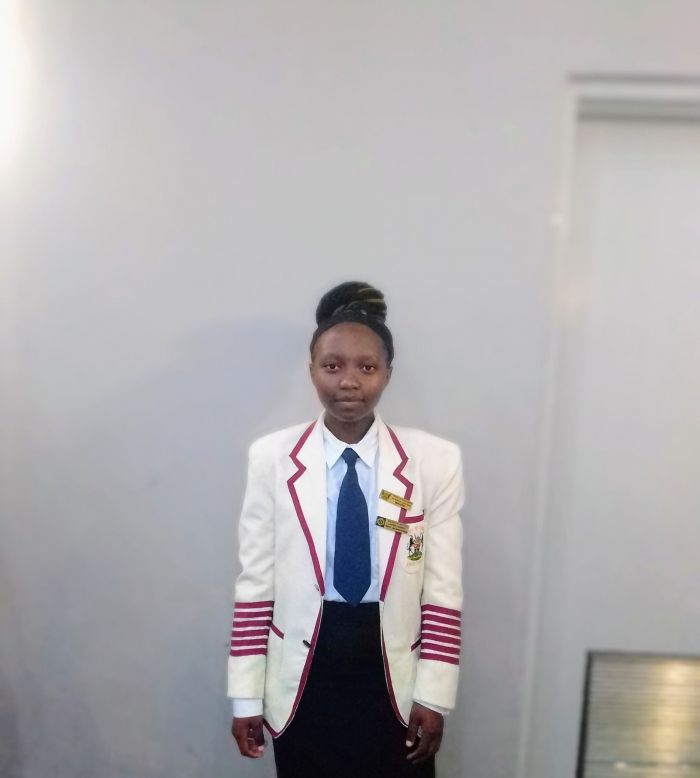 Junior Council is a replica of the senior council. They are mainly concerned with issues to do with children. It is made up of High school students in their final year who are passionate about community development and local governance. Farirai has never had the opportunity of meeting with anyone directly from Gender Links because all interactions with foreign organisations is handled by the Mother Board of all Junior Councils in the country, the National Junior Councils Association-NJCA. The first time Farirai learnt about Gender Links was back in 2019. Through the National Junior Councils Association, Gender Links sent through an important survey which explored the area of gender equity in youth leadership. Shortly after that the country was forced to lockdown due to the pandemic. This put a hold on almost all of Junior Council activities. Gender Links however, kept in touch with the Council and Farirai participated in various meeting organised by Gender Links via Zoom.

“Being a part of these online meetings put together by Gender Links was a true blessing. The wisdom and knowledge amassed from these meetings combined, cannot be compared to anything. With an empowered mindset, I learnt new ways of performing my duties as a junior councillor, it was liberating.”

From then on Farirai has ensured that other girls in her council are well recognised, respected and have a voice. These meetings lit a fire down in her soul and since then Farirai has decided to disseminate the information she has learned to other children in the community.

Now that lock down has been lifted Farirai has advocated that their Full Council meetings to be held in community halls rather than the confined walls of the City Townhouse.

“This gives us the opportunity to interact with the children we represent. We get to hear about the ordeals they go through and we take it forward to Senior Council and other responsible stakeholders who will intervene in ways they are able to. In turn, we disseminate the information we have acquired from Gender Links programmes and surveys. They really have opened our eyes to issues of Gender Balance and women empowerment.”

Farirai has begun making a name for herself as an advocate for change. She has now joined various organisations such as Advocates of Hope Zimbabwe and Youth Advocacy Champions, just to mention but a few. Her family members say she is rising with a passion and there no sign of stopping soon. They say she is always advocating for safe spaces for the girl child as well as gender equity. Farirai understands that in a typical African society, women and girls have almost always been marginalised and never had a voice. She has decided to be a driver of change in this regard, as she works towards bridging that gap through advocacy.

’’Being accepted and recognised by senior members of certain communities has been a challenge for me and other Junior Councillors. However, it has not deterred me from doing my work diligently. The Senior Councillors have also been helping my council by inviting the Junior Councillors to their community engagement programmes so that they too are recognised in the process.’’

Farirai has already started out her journey as an advocate, she hopes to work hard in the community to lift women and girls through the organisations she is a part of.