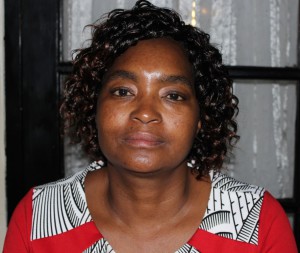 “Gender issues are now being discussed at all ward meetings.”

I am the Head Human Resources for Chitungwiza Municipality. My experience in human resources management spans over 15 years. I am a holder of an MBA, B.Com in Human Resources, Diploma in Personnel Management and Post Grad Diploma in Labour Law majoring in Arbitration and Conciliation. I am responsible for Human Capital resourcing, management and development.

Over and above my key responsibilities as Head Human Resources, I am responsible for championing all gender issues. As such, I ensure inclusion of gender related matters on Council’s agenda in my capacity as the Gender Focal Person (GFP) for Chitungwiza Municipality. As the GFP, I advocated for the provision of gender activities in the Council budget. I influenced the appointment of ward GFPs. I also crafted policies which are gender sensitive or responsive. Chitungwiza Municipality is now crafting other policies which are gender sensitive or gender aware, for example, Housing and Procurement Policies. There are other policies which I influenced in my capacity as GFP, such as time to start Council meetings among others. Gender issues are now being discussed at all ward meetings as a result of my influence. However, I still need to personally engage the community as well as introducing Gender Links.

I came to realise or recognize the importance of gender when I was studying for my Masters Degree in Business Administration. I actually got an “A” in Gender Mainstreaming at Masters Level. This achievement motivated me and I developed so much passion in gender mainstreaming. As such, when I was nominated to be the Gender Focal Person, I was so excited and touched as my dream of becoming an advocate for gender equality was to be fulfilled. The issue of taking care or standing in for the disadvantaged community has been a burning issue within my heart. I enjoy looking after orphans and widows. I have looked after these people directly or indirectly. I get so much joy and satisfaction in assisting the disadvantaged members of the community.

Following my nomination as the GFP for Chitungwiza, my first port of call was Gender Links where I met the Country Manager, Priscilla Maposa who inducted me and encouraged me to work closely with her office. Priscilla is an excellent mentor and teacher. The continual interaction with Gender Links yielded some positive results for Chitungwiza Municipality. My first encounter saw Chitungwiza Municipality scooping two Awards for the Most Improved Council on best practices amongst all COEs at both district level and national summits. The two awards boosted my morale and confidence. I have realised that with maximum support from the Municipality complementing my capacity, I can effectively promote issues of gender in

Chitungwiza Municipality and the community at large. Gender Links played a pivotal role in molding me as a GFP. They created a platform to showcase best practices by Local Authorities which saw me participating on behalf of Chitungwiza Municipality. The grilling by judges is shaping my presentation skills, articulacy on gender issues as well as evidence building and scorecard crafting.

All things being equal, I would want to have a half way house for disadvantaged girl teenagers. It has been my dream but funds are not yet permitting. I have got a passion for nurturing disadvantated girl teenagers and youths.