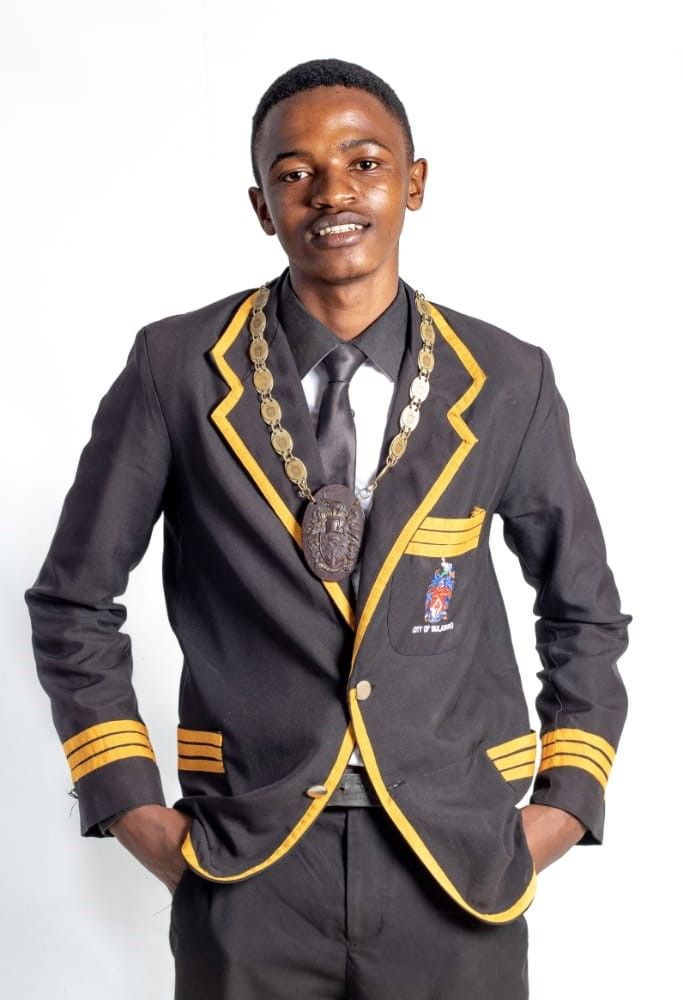 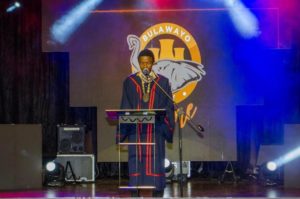 “There is no sustainability without youth participation”, I was this quite extremely introverted young lad, not much of a leader, but more of just a reluctant boy whose interests where so diametrically opposed to anything to do with leadership, community engagement and being a tool of social change. As luck would have it, the Junior Councils forum of 2019 in which Genderlinks participated would give me a chance at self-discovery. Above all I took one lesson, that the best way in which we can find ourselves is to lose ourselves in the service of the community.” After this lifechanging experience, I have since contributed to the development of his community, emphatically in championing youth participation in social change and advocacy for gender equality.

I was the Junior Mayor of Bulawayo for the term 2019 – 2020, and naturally the co-chairperson of the Bulawayo Junior Assembly, leading a powerful and passionate group of Honourable Junior Councillors.  He is the incumbent National Junior Councils Assembly President, a Junior Alderman in the Bulawayo Junior City Council. I have been an active member in various organisations such as HOCIC, The Heart of the School organisation and many more. Albeit and I bet these flashy positions and organisations are never about enjoying the perks of the same, but a platform to make a difference, help the society.

Undeniably my passion to advance the loved of my community makes me a driver change.

My first encounter with Gender links was at the Junior Councils forum of 2019, where many issues were discussed amongst them, the chat on youth development, lobbying for change as a leader, and Gender equality.  It was one meeting that was conveniently set in time as I had just started my term in office. The lessons were lifechanging, what lay in the future was great. Not only did I gain leadership skills that were essential in loading the biggest Junior council in the country, that pulled a number of events including but not limited to “Let’s talk about depression”, ,##You are not alone , #takeback2020 poetry, “Career Guidance expo” , multiple visits to charity homes and rehabs, but also gained passion in gender related issues, gratitude goes to Genderlinks. “After the 2019 forum, I became more passionate about gender related issues, it was so easy to identify the oppression embedded within the patriarchal system and I knew something had to be done.” After the encounter, I also pushed for some events that  were gender sensitive under the Bulawayo Junior Assembly, The events included the, Day of the Girl Child celebrations , #Breaking the silence campaign  and a “#Periods don’t go on lockdown pad drive”  that was meant to supplement shortages in sanitary wear.  One of my closest friends the Junior Deputy Mayoress remarked “The work that has been done so far clearly reflects that feminism is not a women’s cause, its everyone’s cause, so we should all participate in bringing down all pillars of patriarchy.”

I have written a number of poems that have a feminist theme, some will be featured in an anthology I am penning down. Some of these poems have been used by HOCIC (Hope for a Child in Christ) in commemorating women’s month. #Generation Equality. True in every sense, with their knowledge being spread through the art of poetry, we have something to hope for, an assurance of a better society in future.

I remember the Children’s Coalition Conference of 2019, where we met policy makers, and talked about how youths are underrepresented, especially the girl child. The issue of girls being expelled from school was also discussed, what followed in the next year was the passing of a decree by government that sought to protect young girls who become unfortunate enough to conceive whilst in school.

Several challenges were faced amongst them the lack of support However, it was through sustained interaction with society that eased the challenges. Eventually they understood and accepted. In a nutshell, I am grateful to, The Bulawayo City Council, The Bulawayo Junior City Council , the National Junior Council Association, Gender Links , Plan international  and other distinguished parties for their unwavering support in such a demanding journey.