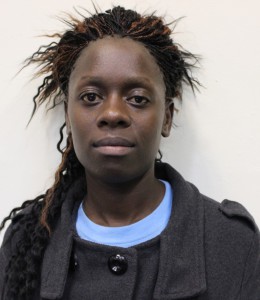 Winnet Tambara was born and raised in the communal lands of Murewa in Ruze village. Born to a polygamist family she finds herself intertwined with life challenges that are always associated with polygamy. Her parents failed to sponsor her education at a time when she needed to pursue her studies because their hands were tied with too many responsibilities. The failure to pursue her education beyond the basic academic level forced her to get married at the tender age of 19.

“I was intelligent and my parents could not afford to let me further my studies. However, I managed to work hard on my own and sponsored my studies while working for a local businessman.  It was a long and tough journey but here I am, successful and focused,” said Tambara.

Tambara said that she qualifies to be a driver of change because she managed to influence council’s decision in coming up with a stand-alone gender committee that operates like any other council committee.  She added that all gender activities are now being implemented by that committee and also gender policies have been reviewed to be gender-sensitive.

“I started working with Gender Links in 2014 after appointed by the Council to work as a Gender Focal Person (GFP).  I had to balance my duties so that at the end of the day both gender work and other council objectives were met.  At first, it was quite tough but I quickly learnt how to influence decisions until I was made to attend management meetings to give reports and proposals on gender during weekly management meetings,” said Tambara.

Tambara’s first summit presentation puts her on the limelight after she emerged as a runner up under the Centre of Excellence (COE) institutional category. Being a winner at the national summit gave her more confidence to work hard on gender issues.  She acknowledged that her journey with Gender Links was not very difficult because she learnt to work with council officers and committees to reduce her workload.

As a GFP at Murewa RDC, Tambara’s main responsibility is to service the Council gender committee by giving technical advice and implementation of policies.  The other responsibility is to ensure that there is gender-responsive service delivery and gender mainstreaming is taking place in all council projects.

“I have gained self-confidence and became more committed to gender work.  These characteristics were instilled in me through constant exposure to situations that demanded confidence, for instance, presenting gender issues to the Gender Committee, reporting to Council management and presenting during summits,” said Tambara.

The beneficiary gives credit to GL for the changes that took place in her life. She stated that the targets that were being set by GL required confidence and firmness. Tambara cannot stop at anything in her endeavour to drive council business towards achieving the gender agenda.

“I influenced the formulation of a child marriage policy at council level to end child marriages in our communities,” said Tamabara.

While giving credit to GL the beneficiary singled out Priscilla Maposa Gender Links Zimbabwe Country Manager and stated that: “Priscilla Maposa is the person who accompanied me on this learning journey. She always encouraged me and I am confident that she is aware that she groomed someone into a committed and hardworking person. She went on to state that the Council staff especially the CEO encouraged her to work hard and always supported gender work. She applauded Council staff for their support during summits.

Through the long and winding learning journey, the beneficiary attained several skills ranging from addressing the public during public events, training people on gender and the post-2015 agenda. She added the most important value of accountability into her life since GL taught her the importance of gathering evidence. This has made her attitude towards other people to change and she now treats every person equally.

“I now have a much closer relationship with my daughters because I now understand how disadvantaged they are in our modern society. My spouse appreciates the work I do and is supportive. All my close relationships are supportive of my work and they are happy with the changes that took place in my life,” said Tambara.

The beneficiary assisted a survivor of GBV in her community and the woman has this to say: “I had lost hope in life but with the assistance, I got from Council through their GFP I am now positive that I can be someone in life,” said Waraidzo Chitima – GBV survivor.

Tambara applied the knowledge she gained through working with GL and implemented it in her community. She successfully introduced new ideas that saw both females and males occupying decision making positions in the community.

“New knowledge is being created through networking with colleagues from various councils on platforms created by GL like workshops and summits. At first people in Council and the community were not understanding what gender was all about and they thought it was not important and was for women but through continuous sensitization and awareness campaigns everyone got to understand why the Gender Committee was put in place,” said Tambara.

The beneficiary vowed to take the gender agenda to the next level and work towards achieving the post-2015 SADC gender protocol targets. She also pledged to work towards changing the mindset of both men and women in her community so that they priorities gender issues in their day to day activities.