Victor Dagha Kaonga is a seasoned Malawian journalist and the National Director at Transworld Radio. (TWR). TWR is the oldest privately owned Christian radio station in the country. Interestingly, Kaonga’s name is not as famous as the radio programmes that he has been doing over the years. But how is this so? Kaonga is fond of running radio columns using a pseudonym, hence many people associate with the programme and the voice as opposed to the character.

John Khayia is the one reporter at Galaxy FM whose belief can be challenged by other journalists because it defies one of the core tenets of news telling, objectivity. Khayia believes reporters should go beyond accounting for what happened.

“I feel that is where we miss itÀ, he starts explaining. “Reporters should strive to cover issues but also unearth solutions to issues affecting our society. I feel a reporter should be emotionally attached to the story and sources because in so doing our success will not be measured by the number of the article but the problems we would have helped to solvedÀ.

While the 2014 Tripartite Election will go down in history as the most controversial due to the irregularities that marred it, Joab Chakhaza says the election will go in his story as a huge gender learning point. He remembers that whilst his team thought they were doing a commendable job in having the first ever debates in Malawi democratic history, they had all overlooked one important thing that Joab would learn through a phone call, and that is gender balance.

Justice Masekane heads the human resources department and is also the station manager’s personal assistant (PA). When asked about his job he smiled and said I am a qualified office manager and I am not ashamed of my qualifications. “Most men take offence at the kind of job that I do and funny enough I don’t,À adds Masekane. Justice attended his first Gender Links (GL) workshop in Venda as part of the stations in-house training. 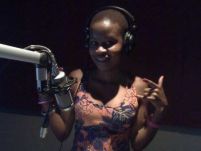 “Watching the SADC Gender Protocol DVD was the best experience I have had with Gender Links (GL). I had no idea what the SADC Protocol was, and now I knowÀ explains Tshepi. Tshepiso works for Sekhukhune community radio and unlike many women who are subjected to glass ceiling practices, she has been appointed a news editor and takes her job seriously.

Themba is the assistant news editor at Nthavhela News. He attended his first workshop with Gender Links (GL) in 2015 during the Management and Editing workshop held at Jacaranda Overnight Accommodation.

Noor is a vibrant, active and probably the most excited community radio station manager in the Limpopo region. Noor has traveled to many countries and describes himself as a versatile manager. He says the SADC protocol DVD and a short story called Dump City captured his attention and made him realise that women are hard workers. “As I was watching the SADC protocol DVD, I got a sense that women are tired of being sidelined and that there are men out there who are willing to be part of the change that is necessary.À 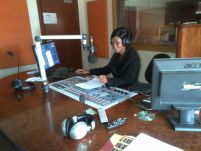 Ms. Bu says the station has not been training staff members and she believes training is necessary. To her the first workshop was not just ordinary, but a workshop she believes was long overdue. “Our station is headed by men, men everywhere! So when Gender Links came and spoke about equality I was very excited.À 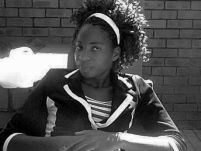 “I was confused when I heard Gender Links (GL) would be coming to do training on gender because I expected training on production or news coverage.À These are the words of Livhu summarising her expectations of the media COE in-house workshop in Thohoyandou, Venda. Livhu says she expected a workshop that would focus on the way women should be treated and to her surprise the workshop was entirely about professional journalism and gender sensitivity. 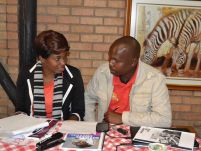 Jimmy is a very polite news editor from Botlokwa, he listens carefully and only speaks when invited. He describes his first encounter with Gender Links (GL) as an eye opener and encouraging in a field dominated by men. 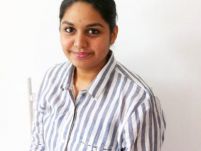 Well, Gender Links (GL) has caused me to travel a lot. Since the first workshop, that day for the first time in my life, I travelled by bus to Quatre Bornes. The year following that meeting, I would travel alone for the first time by plane to Johannesburg! Today when I sit and think back, I feel amazed at how, being merely active with an organisation can cause such significant change in attitude and behaviour. GL has helped me grow into the person I am today. 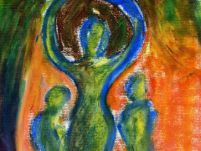 Banda believes 100 per cent that it is her role as a journalist to contribute to making a difference to women’s lives. She says part of her role is to inform and educate, and in the process, be able to make a difference in the lives of many women. “Members of the public look up to the media not only for information, education and entertainment but also for some kind of inspiration. The public can use the media as a vehicle to convey their views on various issues,” Banda said. She urged media practitioners to view their jobs as a calling which they can use to improve lives in their communities and make the world a better place for all. Banda says change in one person’s life can inspire others to make their own lives better, and can create hope in other people; there is a ripple effect.