Name Malekula Surname Masilo Country Lesotho Give a short history of the leader During my first term of being a councilor,Gender Links facilitated me on gender equality and told me […] 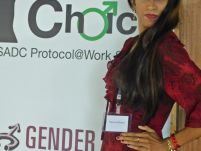 This is the motto of Anishta, 33 years old which she elaborates that this quote is about working on yourself for you to become a role model and a source […] 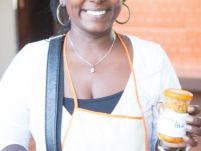 One of the most memorable experiences that I have had with Gender Links was our first meeting where all of the survivors told their own stories and I told my story to others who were just like me. We all learned that we are not alone and that other people understand us. I felt free and all of us cried. It was a defining moment for me.

Name Hawah Williams Surname Makwinja Country Malawi Give a short history of the leader I am a woman aged 37. My mother died while giving birth to me. At the […]

Name Kesegofetse Surname Keitumetse Country Botswana Give a short history of the leader Iam a gender focal person, crime prevention coordinator, a counsellor, motivational speaker and mentor. i am in […]

” From a father to a women’s Savings Club Organizer” I am a ward councillor in Zvimba Rural District. I engage much in poverty eradication around my community. I am […] 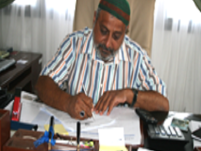 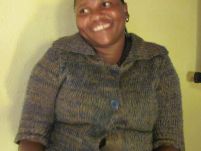 My name is Makananelo Rapuleng from Qacha’s Nek, one of the mountainous districts of Lesotho. It is very small but has scattered rural villages and the rate of gender based violence (GBV) is very high and most of the cases in the villages are not reported because women are so dependent on men and they cannot imagine how life would be without their men. The very frustrating thing about the district is that most people, if not the majority of them, are illiterate and they are very keen on culture and therefore it is very difficult for them to adapt to new things.

Claire raised her six children alone after she had been a victim of intimate partner violence for years. After she worked with Gender Links (GL), her life really changed. She gained theoretical knowledge and practical experience she had never thought she would ever have. The concept of gender is one of the things she learnt. Previously, she believed that when we talk about gender we refer to women, while gender is ultimately a concept related to the social construction, women are perceived as weak and passive and are associated with the domestic and private world, while men are seen as strong and enterprising in the public world. 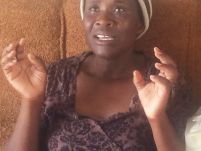 Edwina Kapfudza recalls the day she met her ward councillor and how she was introduced to Gender Links (GL). This took place at a time when she least expected any help from anyone with regard to her experience of gender based violence (GBV). Prior to the introductions, the council held a meeting with the identified survivors of GBV. The idea was to know more about the women’s experiences of GBV before referring them to GL.