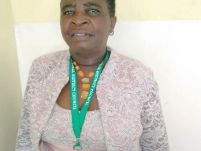 Women leaders are the best leaders, more positive change come with them. “I thought it was normal for women to be looked down upon and that they should always pave […] 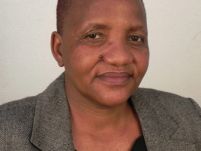 Enter Action with boldness; If you are unsure of your action do not attempt it: Robert Greene  “Gender Links made it possible to meet other women leaders since I assumed […] 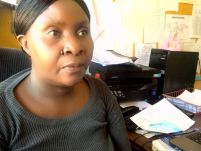 I was blank on Gender mainstreaming issues especially with service delivery until I met Gender Links when I was enlightened on the subject. I undertook including situational analysis and sex […]

I was born in July 1968 in Lupane in Matebeleland North. Born in a family of 8 with five girls and 4 boys, during the days when we still had […]

Born in 1974 in a family of 5, I was deprived to sit for my Ordinary level examinations by my father in favour of my brothers. My mother had no […]

Name Samuell Surname Phiri Country Zambia Give a short history of the leader I got involved in gender community work after realizing that gender concerns were not being considered. In […]

” From a father to a women’s Savings Club Organizer” I am a ward councillor in Zvimba Rural District. I engage much in poverty eradication around my community. I am […]

Michael Gore “Cllr Gore has shown us that working with all classes of people does not need education”. (ZebronMakoni Males Community Member) I, Michael Gore, am the Kadoma City Health […]