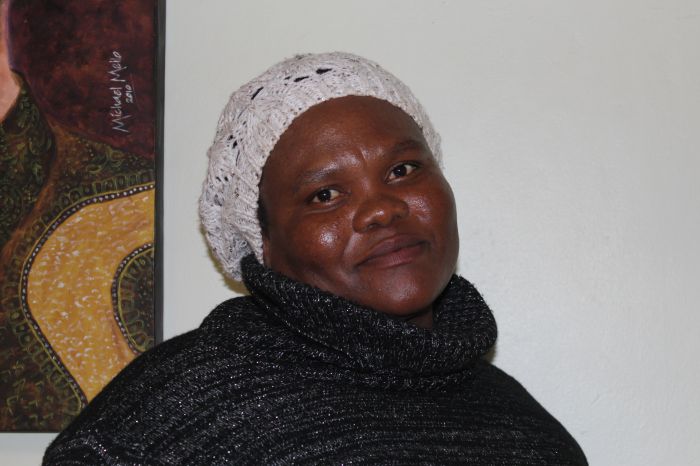 My first day attending Gender Links workshops was so difficult because I was one of the victims. I thought I did not have any problem but at the end of the Gender Links’ workshop I discovered that I have a problem. I was heartbroken and I cried. They asked us to write our own stories. I could not stand in front of a lot people but they guided me to be independent and have self-confidence. There were a lot of stages in the training and now I can assist people who have problems or even direct them to relevant institutions. Talking to them made it easier to advice and guide them to the correct path.

At the moment I own a business which this was made possible because I was taught how to start my own business and ways to run it. I am also part of a support group for a woman which was started by me. I recruited the women by going around and telling them what we are going to discuss in the support group and the fact that there will be projects that will benefit them. All this was possible because of Gender Links, at this moment I am independent and I can stand in front of a crown a talk to them.

I was one of those who have been nominated to attend a summit and it was a good thing because I have learned a lot of things like how other people tackle their issues. I have also learned a lot of things from people who were attended the summit.
I have started attending the entrepreneurship training in the year 2013 November and all the workshop training were very useful and important to me because I have learnt so many new things. The main challenge was when we were doing business calculations. I struggled but now I can do the calculations because I own a business now.
I have joined a support group at my community helping were we as women are helping each other and have my own business. What we have established from the support group is that, there is a link between women stay in the abusive relationship and not having money/work to support themselves and the kids and the partners/husband take advantage of the situation. And through the help of Gender Links and other organisations we have managed to establish other projects which are very help in our community.
My actions changed laws because I can now stand for myself, solving problems by talking to my partner in a civil manner. We now have new ways of doing things like adults. We have now agreed that we have to eat supper as family and that will create a bond. As I was guided by the social workers and Gender Links I can now refer people to any one of them. I have learned that in life one should not ignore important things, thinking that things will get better while it is not the case. I have also learned that one has to be independent and not rely on other people for assistance.
I am prepared to share the knowledge that I have with other people so that they can benefit as I have benefited. My future plans is to own a huge business that will employ the community especially the youth who have matriculated. My main aim is to assist them to reach their goal of saving up towards their post matric education and also to employ part time those who have already enrolled with institutions of higher learning during their school holidays.
By 2030 I want to be amongst a woman who owns successful businesses. I would like to see Gender Links continue to assist women of South Africa especially in rural areas as there is a lot of hidden violence there. People in rural areas are afraid to speak out as they do not want other people to know about their affairs. I like giving advices to people especially women because in most cases they are the ones who become victims of abuse. What I have learned from Gender Links is so significant. Please keep it up.