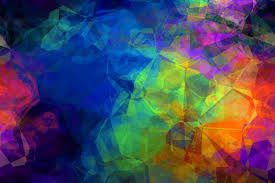 My name is Estella RAKOTOARIMANANA. I am currently thirty-five years old and I am married, but I still don’t have children. We’re living here, in the district of MAHAVELONA Foulpointe.

I am the daughter of a farmer, so we lived on crop growing and livestock production.

I graduated from university even if I had to persevere a lot. Afterwards, I worked for a NGO called PPRR or “Programme de Promotion des Revenues Rurales” (Rural income promotion program). It’s there that I found a husband; two years afterwards, we met the other’s parents. However, it’s also at that time that the real character of my husband began to reveal itself because he thought I was already his so he could do what he wanted with me. I had to bear all kinds of violence: moral, sexual, economic and physical. As regards his wage, he did not give it to me; he only gave a bit of money for food. Fortunately, I still worked at that time so I had my own money. He did not allow me to buy things that I liked with that money and quarrelled with me when I did. I tolerated that for a while because I feared the public disgrace that a divorce could entail. The more I complied with his demands, the more he took advantage of me, belittled me, cursed me and eventually, physically abused me. I was totally fed up so I decided to leave him and never return again. It’s a friend of mine who worked at CECJ or Centre d’Ecoute et de Conseil Juridique (listening and legal counseling centre) in Toamasina that comforted me. And I decided to apply for a job there, as my former job was also finished. I found a position at CECJ here, in Foulpointe, so I moved. Shortly afterwards, I met my current husband and we get along well. However, I did not get paid for that job later on.

In September 2014, the training with Gender Links or GL team started. It’s a training reserved for women who have been victims of violence and who need assistance to improve their life. I was chosen to be part of that program and I rigorously followed all the phases involved in combating violence, namely self-esteem and the ability to take decisions regarding the things to do. The program also included Web surfing and computer use, for which a special time slot was allotted, project elaboration pertaining to entrepreneurship and detailed instructions for us to become professional entrepreneurs. I was satisfied by all the topics we discussed and the explanations about how to improve one’s life. There was no problem with the training apart from the fact that I had to get home late at night.

After the training, I grew fruits for home decoration purposes and sew. These had been my hobbies before but I decided to turn them into a business.

The training opened my eyes about how I should be independent. Furthermore, I managed to open a shop and could thus increase my income. The district assisted in hosting the first and second phases of the training. My husband and family helped and supported me a lot for the opening of the shop. I have one employee so I can sew, and I am buying goods to be sent to the countryside for the clove seasonal market.

In my opinion, one does not have to work in an office to be able to earn one’s living. You can also live on your business if you are able to adapt it to the changing seasons and are not easily disheartened.

There was a change in my life in the sense that my husband and I talked more, could freely exchange ideas without menaces like in the previous marriage and had each one our source of income so we could help each other.

My family members who had criticized me come to me for advice now. Moreover, I also found a house so we do not have to pay a rent anymore but collect it instead. I personally think that lack of money in the household is a source of violence, be it for women or men.

I have also noticed a difference in my entourage as many people asked to work with me, saying that I am a woman who can achieve the same things as men. There are also some men who wish to marry me in order to be financially successful. I respect and esteem myself and I am not afraid of taking decisions; the GL training helped me a lot.

As regards societal changes, I created an association in order to share the little experience I have and train the members in combating violence. Our association has now expanded because all the men who like solidarity have joined us and equality prevails.

Compared to others, I feel that I can properly analyze the situation before taking a decision. I am not afraid of trying new things because of my self-confidence. For a long time, I have dreamt of being a famous entrepreneur and my dream came true after the training. Unlike before, I am open-minded; I do not like to waste my time; I keep a written record of what I do in order to avoid bankruptcy. I can set a goal in my life, analyze the past and the present to be able to face the future, what I have done and what I need to do, in order to be an interior designer and a wholesaler and to be happy with my family and my entourage.

To conclude, I would like to thank the whole Gender Links team, especially Mrs. Iafine PAPISY who has primary responsibility for overseeing the future of women who have been victims of violence. We can never repay you for the good things you brought to us.

May all the women be strong, self-confident, and financially independent and may violence be fully eradicated.