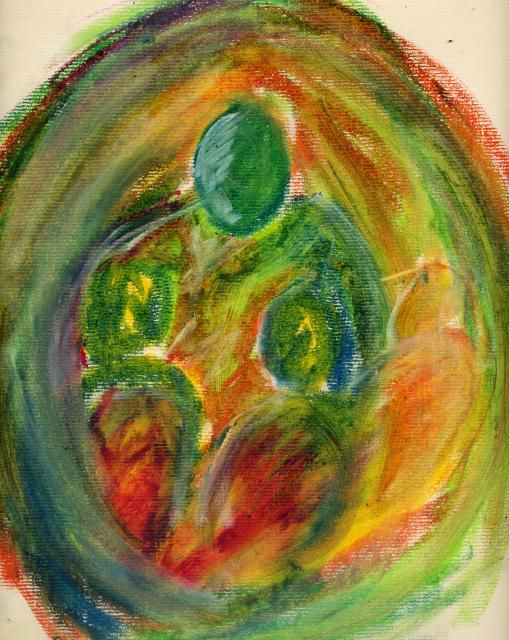 I joined the training in 2014 and did not attend all of the sessions. I missed the first two sessions because I did not know about the training. It was by coincidence that I heard about the entrepreneurship course and I am very glad that the sessions as well as the rest of the course, especially the session of the 15th of October 2015. It was exceptional because on this day I spoke about my sexual molestation and abuse for the first time, I never even spoke to my mother about it. The part where business plans were explained was very interesting for me. There isn’t anything that was least valuable for me about the whole course because everything was educational and benefited me. My biggest challenge is self-confidence and the differences helped me.

What I will remember most about the course is the part about the business plans. I never knew how to do this and at this workshop I learned how to do it and now I have my own one thanks to this course.

Before the course I was busy with making food where I took orders from factories, hospitals and private people. Food preparation and deliveries work good besides the finances which is a great problem. I also do cleaning work.

Unemployment is a problem since I can remember. I remember how it disadvantaged me as a child. My mom worked for the only factory in the town. Today that factory is the biggest in the southern region. Back then work was scarce when the season closed. My mother was also without work for one season. This is when she needed to look for other work because there wasn’t a father who provided for us. Mom then went to Town to work at the factory or as a char lady. This had a profound effect on my life.

My mom had a male friend (boyfriend); he was the neighbor that came to check if we were ok. It was not strange to us that he would be alone with us in the room. At that time everyone slept on one bed. My brother slept at the foot end and I slept at the top end. Then this friend (the neighbor) would talk until my brother and I fell asleep. I would usually wake up when he was touching (molesting) me. I remembered how I was usually naked (undressed) from my waist down. He would usually smile and reassure me that everything was okay and I was usually speechless. He would always tell me that I shouldn’t talk because he would never hurt me and I shouldn’t be afraid. He also said that my mother asked him to look after us and said that my mom would be angry if I should say anything. I also never spoke and it continued even when he and my mother’s relationship ended. Even when my brother’s friend sexually abused me, I also never spoke out.

I never realised that he mistreated me. I thought what he did was to help us because he always gave us bread or something to eat, he even gave money. He would lure me from the house and even convinced me to bunk school.

My childhood years were not nice because all the struggles and hurt had an impact on my grown up life. This is why I even blamed myself for my son’s drug addiction. Because of that this there is always tension in the house, you fear the next outburst. You feel powerless because you don’t know what to do. You feel powerless when he gets those violent outbursts. I went to look for help from the social worker at the police station, the state advocate and even at the hospital but he did not want work with us. With time I have had to make peace with this problem.

I don’t easily talk about my problem with others but I have learned to talk and it helped to reach out. The course also contributed for example what you learned and what you hear from other course attendees. For me to attend a course is very special because I learn and through this I get empowered. Through what you learn it helps you to approach your situation different because you are informed and through that a change can also occur. I have noticed that he doesn’t bring those many friends in the room then the room is dark. He is also working more.

There is no change in my life because he got a chance to hit me so bad that I had to the doctor. Drugs and alcohol addictions is a battle in our town. The police know who and they are familiar with the addicts and were I amazed when the police came out when I called them and I discovered that they know him.

The lessons that I learned was to respect the choices of others. We are not the same and therefore we think and reason differently. What I found most interesting was in one session I learned that with babies a chemical reaction took place that changes a person’s life. That is why there are lesbian and gay people.

I dream of a catering and clearing service of such kind. A training centre for chefs, cleaners, caterers and décor should be developed. Like Paul says ‘I can do all things through Christ who strengthens me’.