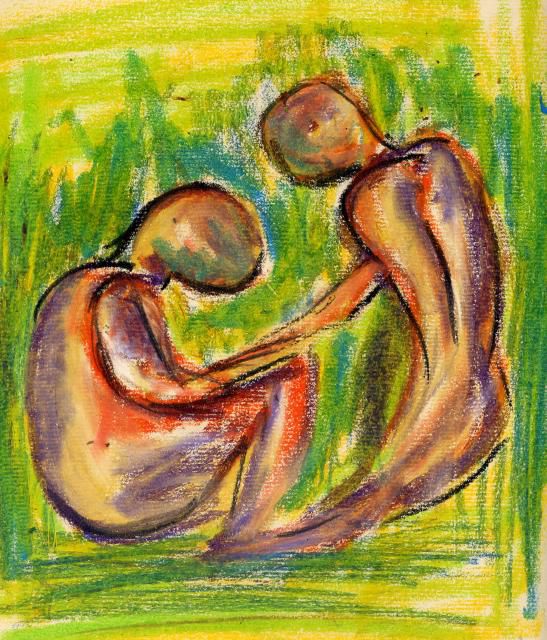 I, *Michelle, is from Vrendendal. I grew up in Vredendal and am a housewife with two (2) children (boys). The eldest is seven (7) years old and the other one five (5) years old. I found myself during the time I joined GL. Before I joined the training I was dependant on my husband and couldn’t find myself. But today I know what I want to become and I have a mission and a vision for my future.

I am the oldest of four (4) children and grew up with both my parents. I have a lot of scars from my past and my childhood was not very rosy. My father….. Also supported us financially and he lost his job in 1995 and this is where things started to go wrong. He became an alcoholic and never had a permanent job after that, even today he does not have a job.

It became so bad and many nights het kept us up and we couldn’t sleep. Many nights we even called the police just so that we could sleep. There was never really any loved showed towards us as children. And because of this I later went searching for love outside of the house and from the opposite sex. At the age of 16 I was almost raped. After this happened to me I left the City and went to Vredenburg where I started working. Things did not work out in Vredenburg and I went back home. I then met my husband. After being in a relationship for three (3) years I fell pregnant. When my child was only one (1) year old we decided to get married. Everything went well and I had another baby. After being married for two (2) years my husband kept reminding me about my past. I dated a black guy (African) and he told me that I want to be and act so high and mighty; yet I am a ‘kaffir slut’. This hurt me a lot and I felt that he could rather have hit me than say those words to me. I wanted to divorce but thought about my children. With time things became worse. I constantly forgave him but never forgot because when I sat still and thought about all these things all the hurtful feelings came back. In 2013 I became a born again Christian and things just got worse.

I then found out that my father that raised me was not my biological father. I mean I had to deal with the fact that my marriage was not up to standard and now another challenge. I felt that everything was becoming too much for me.

I went to my biological father and he acknowledged that he is my father and that he couldn’t make contact with me all those years and asked that I should forgive him. I forgave him and today we have a very good relationship. Time went on and I confronted my mother about it and to this day she has not answered me. I set her free and forgave her. After I did that I met the GL people. Juliana Davids crossed my path and I shared my story with her. There I also met other women and realised that I am not the only one going through emotional abuse.

I learnt a lot through the courses and learnt that I could be myself and if I don’t stand up I will continue to lie down. It was good to get out and to talk about it and systematically the healing started. I made sure that I don’t miss a course and religiously attended the courses. What I found most interesting was that you could stand up every day knowing who you are and if you don’t have a dream you will never be able to stand on your won two (2) feet because no one can do it for you; you need to do it yourself. I also realised that you must not think that you’re financially dependent on someone. My biggest challenge is my self-confidence. I can proudly look back today and say that I overcame it all and that I am healing.

Before I attended the course I didn’t really have a vision but today I have self-confidence and I don’t see myself as unhappy anymore and know that I am someone worthy. I am currently still a housewife but want to start my own business and make a success of it.

In the meanwhile I have been attending the courses with GL and we submitted our business plans. There was an opportunity for two (2) women whose business plans was approved and attended in Johannesburg. This was a huge experience for me and I realised that I can become something.

The week before I had to fly to Johannesburg things became worse because I was unemployed and was very involved in the church. I was the person who had to call when there people who came for services (church) and then I also had to arrange accommodation. The Friday evening I called a man to confirm that everything was sorted out for when they come for accommodation the next Thursday. He wasn’t answering his phone because he was in band practise. When they were done he saw that they were missed calls on his phone and called me back. This was his biggest mistake. My husband heard me talking to someone on the phone and confronted me and accused me of having an affair with a church brother.

He then said he wanted to divorce and moved out. After he moved out I realised that I can stand on my own two feet. Because now it is just me and my two kids.

After my husband decided to move out I thought I wouldn’t survive. But it was the best decision ever. Now I know for myself what I want to become and look at the further with a fresh set of eyes. Although my children are still young these days they are talking very freely with me. We are much closer.

I am going to start off in a new place. New start, new lifestyle, everything new. I look at the world with new expectations and everything. I have deicide that I will reach my dreams. I will be successful. I see myself as a successful business woman, and independent woman and all my dreams will come true.