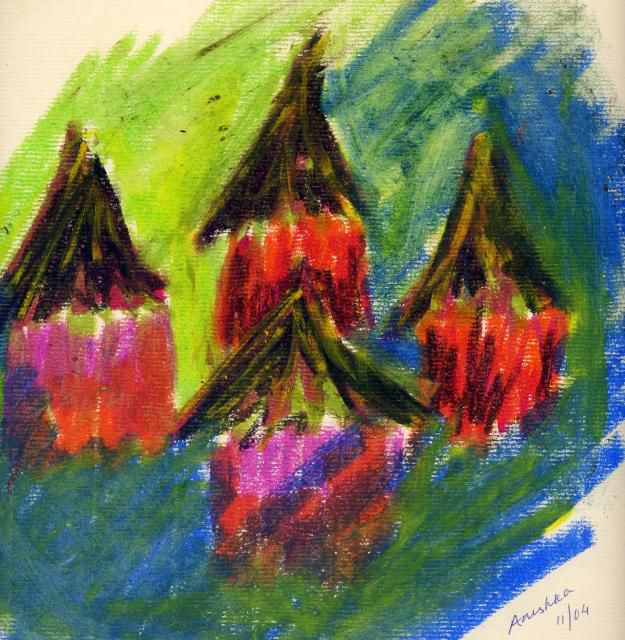 The most memorable experience of the training was when I was selected to attend the National and further the Regional Summit in Johannesburg (South Africa). The lesson on Growing Confidence and personal belief was also memorable. At first I would see myself as someone of less value in society. I could not do certain things and I was a failure because of what people used to say about me.

I could have brilliant ideas but putting them in to tangible things was something very difficult for me.I also could not bring out those brilliant ideas in the open .From the time I was trained, everything has changed because I now know that I am a person of worthy and can achieve anything as long as I work towards achieving my life objectives. I now feel I can even take up jobs perceived to be for men. It is for this reason that I chose to go in to farming on a large scale a business which i9s mostly done by men as women only do that on a small skill.

I joined the training in November, 2013 after attending selection interviews by Gender Links .I then managed to attend all the three trainings. Everything taught at the training was useful to me.I faced challenges and I am still facing them but this time they are not as they are because I have managed to overcome most of them except a few of them. Among the many challenges I was facing were; My fellow survivors of Gender Based Violence used to hate me just because I used to stand out in terms of performance during the training, I would always do the right things when assigned to and would also explain to the group when asked to by the facilitator. To them they took it that I was just showing off and also wanted to win the facilitator’s favors when in fact not. The worst experience was when I was selected to go and attend the National and regional summits. My colleagues thought I was not the rightful person to attend the summit. As if that was not enough, even my own family were saying bad things about me as they thought I was no way near to succeed, But I managed to overcome that through self-belief because I believe only you can change things about your life. I also just look up to God as the only one who can never forsake me.

Before training, I used to deal in small businesses like selling pre-packed charcoal, room mats and small electrical devices. I can confess the business was doing quite fine but just did not have financial discipline as I used to spend money on anything I came across. I also did not have any entrepreneurship skills. I did not know that a business person should have a salary at the end of the month and did not have an idea on business calculations and also lacked saving skills as such I used to keep my money in the house and would easily spend it whenever we had a problem in the family.

After being trained, I woke up from a deep slumber I was in and acquired traditional land where to operate from and decided to engage in farming. At first bit was very difficult as I did not have enough money to buy a variety of seeds and fertilizer and also to pay the workers that I needed. With the help of my sisters, we manage to plough and plant some maize which we sold to Food Reserve Agency.

The training has helped me by linking me to successful farmers in Chibombo who have shared ideas on successful farming. The linkages which Gender Links made for us with financial lending institutions has helped me acquire a loan to buy farm inputs. In addition, the knowledge I acquired from the training have enabled me find a market for my products. I now take my products to the largest market in Lusaka (Soweto market) where I sale my goods within a short period of time.

I experienced so much violence from my husband before the training this could be because I used to so much depend on him for almost everything I needed. I have changed in many ways for instance, I have managed to come out of the abusive marriage,  I am now able to provide for my family and I have grown my business to a level I would not have been if I was still with my husband. My children are no longer traumatized as they used to be due to the regular fights we used to have then. My family is also happy with the change in my life. Even my physical appearance has greatly improved because I am able to manage all the meals and there is no one to beat. I am now a happy person. I believe there exist a link between Economic empowerment and reducing GBV because when a woman is empowered, she will not depend on her husband for everything hence less pressure on the husband.

The change in my life has influenced a lot of lives including men and women. Those who had low levels of education are seeing going back to school and where women were seeing as second insignificant in the development of an area are now seeing as partners in development. Those women who were lazy and completely depended on their husbands are now seeing engaging in small businesses. I am now even seeing differently by the community because I am able to do what other people cannot do. I now relate well with people a thing that has helped me acquire more knowledge on my farming business

My actions have changed certain laws like those that make women minor in society. People in my society have now become gender sensitive. I do create new knowledge or new ways of doing things by creating ideas and translating them in to actions. For example I once visited the Ministry of Agriculture in Chibombo for advise on good farming practices. In the meeting I called on them to intensify on sensitization programmes for farmers with time the Ministry called for a meeting with local farmers to teach them on sustainable methods of farming in Chibombo District. The Ministry has also conducted sensitization workshops for women farmer. Where I have also been part of the beneficiaries. We have had workshops in Senseka, Kaongo and Chinkuluka villages. Because of these sensitization programmes a lot of people have formed cooperative groups through which they are able to obtain farm inputs and equipment at a fair price. This has led to increased food production in my area.

I have learnt that one fall does not make you a failure. But you need to stand up and continue with your journey. My future plans are to go to school and study agricultural science. By 2030, I would like to be among the few big farmers who supply farm products across the country.