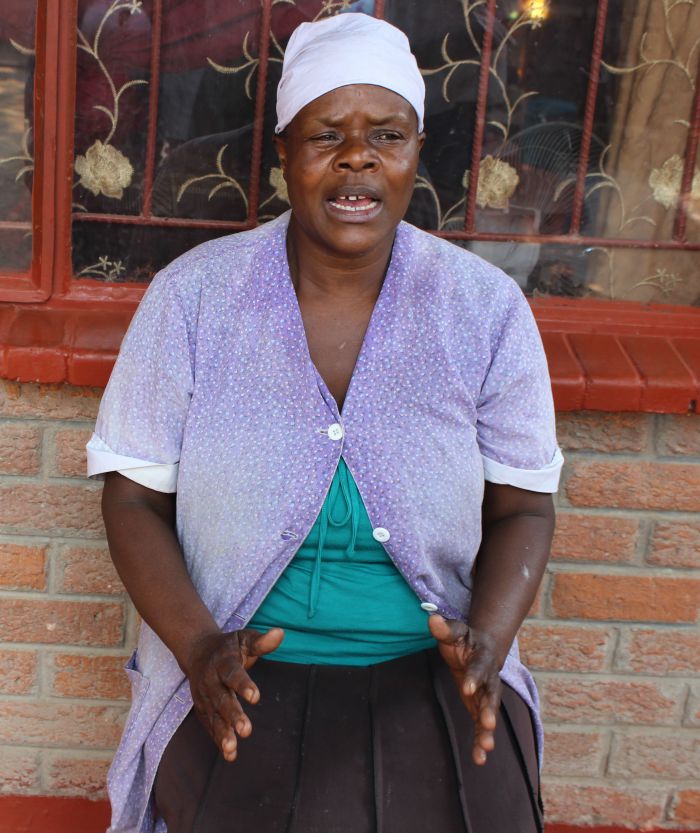 To those who believe that meanings of names are a forecast to a person’s future, mine contradicts with my life experiences. Born Chipo Sirani I grew up in an abusive environment and it impacted negatively on my well being, health and spiritual development.

I grew up under the custody of my Uncle Eliah Makoni after the man who impregnated my mother denied responsibility and ran away. My uncle kept me under strict conditions and he never gave me the chance to know my father. Freedom of movement was a right that I never enjoyed as I was always monitored and all my actions were strictly censored.

My uncle wanted to see my period blood every month to ensure that I was not pregnant. The way he used to do it degraded me as a girl child. He used to lie down on his back and instructed me to stand over him with my legs apart so that he will check if there is any blood. To confirm my virginity he used to go with me to the elderly women who will check me while he waits outside. As if that was not enough when we returned home he used to cross check the authenticity of the elderly women’s results through fondling my  breasts to feel the hard inner layer that is believed to be a pointer to virginity.

My uncle’s brutality forced me into early marriage with the intention to escape from him. I was convinced that marriage was the only way to escape from my uncle’s humiliating practices. What I thought to be a solution turned out to be wrong because I got married to an abusive husband. Makoni* insulted and assaulted me with knives, axes and catapults. He was always drunk and his mental faculties were at all times restricted. Her elder sister was behind his actions because she was accusing me of failing to give birth to a male child. I never enjoyed being in a marriage and giving birth to female children was my offence.

The day I met Gender Links marked the genesis of a violence free life. They trained me to become a successful business woman and be able to compete in a world dominated by man. The skills I attained helped me to stop relying on my husband. Before I met Gender Links I was a victim of a hand to mouth scenario as I lacked the basic knowledge on savings and budgeting. Lack of basic knowledge on how to manage income and expenditure forced me to live like a slave as I was forced to beg from husband on daily basis. Whenever I begged him for money he took it as an opportunity to insult or assault me. To him I was a useless mother of female children who was not supposed to be taken care of.

Gender Links trained me to be self sufficient and I no longer beg anyone for money. I am now able to save and come up with detailed budgets so as to properly manage my income and expenditure. After GL helped me to come up with a business proposal I borrowed US $ 100 from my children. I converted it into South African rand and I bought baby track suits at R 60 each. To realize profit I sold them through barter trade. One track suit was equivalent to 100 kilograms of maize grain with a market price of US $ 15. I opened an Eco cash account to ensure that my money was safe and secure. I successfully did all this through the knowledge I obtained during Gender Links entrepreneurship programme.

Since my burning passion to become an independent successful business woman was rekindled I now have the energy to better myself. After securing the much needed collateral I have plans to approach financial institutions to borrow money using my business proposal. It has been always my dream to have a candle making business and through the skills I attained from Gender Links I am now able to fulfill the dream. I have plans to resume my poultry production business which collapsed after I failed to manage it due to inadequate business knowledge coupled with domestic problems. At the moment I have ten indigenous chickens and I hope to spread my tentacles and compete at the same level with others.

My husband is now having health challenges and I am the one responsible to pay his medical expenses. GL empowered me to be able to take care of my family and repaying a loan that was borrowed by my husband from the bank. The burden of paying for bills is squarely on my shoulders and I am doing it effortlessly.

I live in a patriarchal society and to be accepted one must have economic muscles. Now that I am economically empowered society treats me with respect and I am independent from all forces of abuse. GL helped me to be abreast with times. I am now computer literate and I can research and share business ideas with others on the internet.