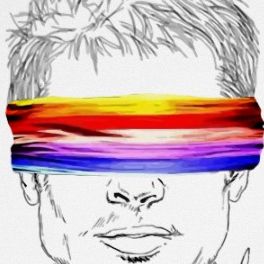 Johannesburg, 8 August: I remember a conversation I had with a woman last week who recounted the harrowing story of the manager of a local restaurant who recently slit the throat of one of the waitresses.

Though I was unsurprised, her comment riled me: “But he is a white man.” I butt in saying that although one’s race and class certainly intersects with their gender, perpetrators of violence are misogynists that come in all colours, shapes and sizes. We cannot confine gender inequality and violence against women to any class, race, culture or country.

Moreover, women’s experiences of violence are primarily interpersonal. I added that the many forms of violence I have experienced, thus far, were all at the hands of white men, some of whom share my blood.

Women’s Month is not only important to celebrate the achievements and progress toward gender equality, but also to take stock of an on-going and seemingly timeless struggle.

Simone de Beauvoir remarks in her book, The Second Sex, that certain historical developments led to the ‘othering’ and oppression of different groups of people, whether they were the working class, ‘non-whites’, protestants, homosexuals, Tutsis, Jews or Palestinians. However, no historical event or social change marks the beginning of women’s oppression.

“Proletarians have not always existed, whereas there have always been women. They are women in virtue of their anatomy and physiology. Throughout history they have always been subordinated to men…their dependency is not the result of a historical event- it was not something that occurred.”

Although we cannot mark the origin of our oppression, the social change toward our desired emancipation, is certainly traceable, 9 August 1956 being one of many moments. We can also attribute some of these recent changes to the SADC Gender Protocol, which contains 28 targets to achieve gender equality within the SADC region by 2015. Out of 15 countries, thirteen have signed and twelve have ratified the Protocol.

South Africa’s Women Empowerment and Gender Equality Bill is now before Cabinet, and last week the Department of Justice said that at least 22 sexual offences courts would open this year, in a bid to ensure perpetrators of sexual violence against women and children, are brought to justice.

Although these are very significant paper trails toward gender equality, they are in response to, and do not necessarily signify a change in societies’ stubborn and prejudiced attitudes.

This is glaringly obvious considering that despite relatively strong gender-based violence (GBV) legal frameworks in the region, the prevalence of all forms of violence against women, especially physical and sexual violence continues to be disturbingly high.

One in three women experience some form of violence in their lifetime. Sixty-eight per cent of women in Zimbabwe, 67% in Botswana, 50% in South Africa’s Gauteng, Western Cape, Kwa-Zulu Natal and Limpopo provinces, and 24% in Mauritius have experienced GBV.

In an attempt to track the change of attitudes toward women and gender equality, Gender Links and the Southern Africa Gender Protocol Alliance, recently conducted a survey in order to measure the SADC regions’ degree of ‘gender awareness’.

In the survey ‘gender awareness’ is narrowly defined; there are 20 multiple-choice questions, somewhat framed within heterosexual relationships, within the institution of marriage and within the nuclear family. Furthermore these questions are answered in spaces and situations isolated from the realities within which gender stereotypes, sexism and violence are articulated and perpetrated.

Despite these limitations, this survey does indeed give some indication of where our attitudes toward women and gender equality sit within SADC.

Thus far nearly 50 000 citizens, 54% women and 46% men, from across SADC have participated in the survey. Scores between 75% and 100%, means people either hold subtle stereotypes or are gender aware and progressive. Scores below 50% demonstrate blatant stereotypes and gender-blindness. Overall, the region scored 65%, meaning SADC on average holds ‘subtle stereotypes’ toward women.

In relation to the survey questions; “If a man beats a woman it shows that he loves her”, “People should be treated the same whether they are male or female” and “A woman can refuse to have sex with her husband”, the region’s gender progress score sits at between 50% and 64%. One can safely deduce from this that far too many people believe GBV is acceptable, that women are not equal to men and that sex is governed by men.

We have been fighting for so long, and despite our strides and successes in changing our households, communities, governments, institutions and industries, our Gender Progress Score is dismal.

Although it may be a consolation that the region falls within the margins of only ‘subtle gender-blindness’, for me, much like racism there are no acceptable degrees. Racism is racism and sexism is sexism, no matter how subtle. The bottom line is our attitudes suck.

The fight will continue until everyone in society sees women and people of all genders and sexual orientations as equal, and until GBV is non-existent. Our work here is not done. You and I, every man, woman and gender non-conforming person, have our work cut out for us. Alluta continua.

Katherine Robinson is the Editor and Communications Manager at Gender Links. This article is part of the Gender Links Opinion and Commentary Service, special series on celebrating Phenomenal Women, bringing you fresh views on everyday news.