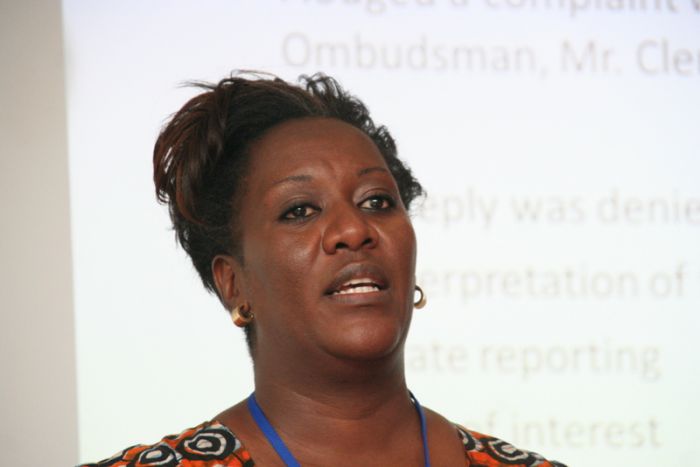 Media regulators and experts are in agreement that some members of the print media have been irresponsible and careless for too long.

They sounded an alarm this week at the fourth Gender and Media Summit that it is time the print media is put under public scrutiny and time for a debate about media regulation.

Gender Links Director Colleen Lowe Morna began the conference by highlighting the increase of armchair journalism, noting that gender issues continue to receive scant attention and journalists have stopped seeking views from the street and from those affected by their stories.

“There has been an increase in very bad media practice,” said Lowe Morna, citing the 2010 Gender Links Gender and Media Progress Study (GMPS). “And 67% of stories monitored had only one source.”

As though taking the queue from Lowe Morna, media regulators and experts later agreed that the media is short-changing its readers.

Bertha Amakali, journalism lecturer at the Polytechnic of Namibia, said self regulation bodies need to be adequately resourced and respected by the media they serve.

Amakali took Namibian newspaper Informante to the newly-established office of the ombudsman after the paper published a story claiming she had hijacked the SADC Gender, Justice and Local Government Awards in Johannesburg, when in fact she had won the prize fairly.

Presenting yesterday at the GEM Summit, Amakali said her main concern was misrepresentation of facts, conflict of interest, accurate reporting and use of sources.

After a drawn-out process getting Informante to cooperate, the case was finally decided in her favour by the Ombudsman.

She said other challenges she observed were the lack of resources available for the press ombudsman and lack of administrative capacity.

“The case serves as a good learning for media to adhere to ethical principles,” said Amakali, who noted she was persistent in order to stand up for the rights of those who are easily and often violated by the media.

Former Institute for the Advancement of Journalism (IAJ) director and media consultant Jacob Ntshangase said print media should not behave as if they are blameless.

“They need to come into the party and address the concerns from the general public,” he said.
Ntshangase said he is not advocating for the state to clamp down on the print media, but rather that they must admit that their own self-regulation processes are under-resourced and often not respected by the same stakeholders.

South African media regulator Nadia Bulbulia stated that the broadcast media is regulated differently from the print media in South Africa. She noted that the process of nominating the councillors is open and participatory.

Bulbulia said in the event any broadcast media is found to have violated the code of conduct, its license is withdrawn.

Arthur Okwemba, of the African Woman and Child Feature Service, linked the disparities to Africa’s colonial past, where broadcast media had always been in the hands of the State while the print was run by the private sector.

He said in cases where there had been attempts to intervene by government had always been resisted and seen as interference.

Currently in South Africa, the ruling party, the African National Congress (ANC), and the print media are up in arms over ANC plans to introduce a media tribunal.

Many have opposed the government’s plan, fearing that such a body will fall into the hands of the State and its independence will be compromised.

They argue that the press ombudsman is the most competent body to deal with reader concerns.

In a move aimed at convincing the State that it is also aware of its challenges, the print media has moved fast to invite public comment on how it can improve its services.