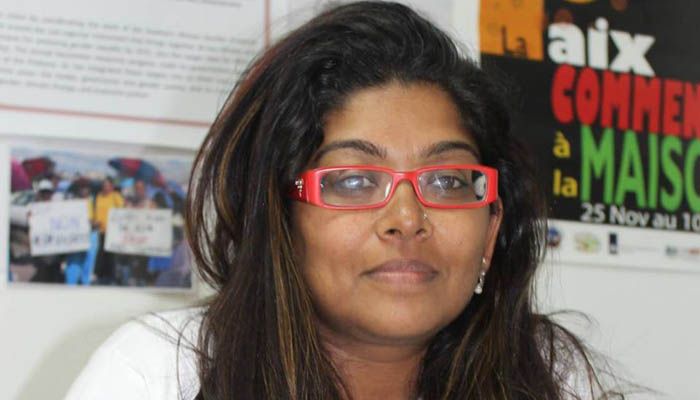 “Persistence and resilience only come from having been given the chance to work through difficult problems.”  Gever Tulley

I can’t believe this my seventh year with Gender Links. 2019 has been yet again very important and decisive year for (Gender Links GL) in Mauritius. Money is still high on the agenda and finding ways and means to get it is a challenge. After many SWOT analyses, meetings, strategy meetings with funders, we had to go back to the drawing board. This was a very good exercise. It helped me get out of comfort zone, analysing GL as an NGO in the national context where Mauritius is known as a middle-income economy and where money is getting scarce.

After a few sleepless nights to sustain the organisation and the amazing work we are doing with Safe Haven Halfway Home (SHHH), I have organised meetings with funders to understand in which field they were willing to sponsor us. From the main work of GL Mauritius they were unanimous that the work of Safe Haven should be high on the agenda. They wanted to put their money where they could find actual change and where they felt their money would go towards changing people’s lives.

Early last year, I had a very long meeting with the National Corporate Social Responsibility Foundation to explain Gender Links role on the island and going in full width and length to get the full support of the foundation to get a grant from them annually. The meeting went very well and I planted a seed in their mind so that they could change their way of thinking and also use the CEDAW report that I presented to the committee in Geneva to prove my point. Our strength in Gender Links is that we innovate and never copy. Safe Haven Halfway Home is the only halfway home on the island. We are here to educate, to empower, to counsel and ensure that residents once leaving SHHH we have all the adequate tools to be economically independent and required acumen to live a decent life, free from violence, with their children.

In June 2019 I met yet again with all the funders and explained the plan to move SHHH from Melrose to St Pierre due to very large demand of gender-based violence cases and also of youth coming out of the Rehabilitation Youth Centre and the Correctional Youth Centre for girls.

Holdem foundation helped us tremendously with the refurbishment of the place we saw in St Pierre. They offered in-kind support and had an electrician, plumber and a brick layer in the centre for one month and all that free of charge. In August we opened our new centre to the amazement of the existing residence as they now had more space in the house and St Pierre is much more central and easier for them to get jobs. After a lot of hard work and minimal money, we can now accommodate 25 people.

SHHH has also enabled us to look at training differently. As an approved Mauritius Qualification Authority trainer with 15 years experience in leadership, professional and personal development, I approached the private sector to offer my services as a trainer and explaining how using my services is a win-win situation where the money will go straight to SHHH. Even though those discussions were hard as those private sectors already have their service providers, they liked the idea of helping to change people’s lives and most of them were willing to give it a try for the following financial year. So I am keeping my fingers crossed so that we have at least three private companies we can work with in delivering leadership courses and also soft skill courses.

Advocacy has also been high on the agenda with the Children’s Bill. GL together with other organisations have put proposals on various issues pertaining to the children to the Government. Child marriage is one of them as unfortunately in Mauritius a child of 16 can get married with the consent of their parents, guardian or judge. We are now hoping the SADC protocol will be signed as marriage will be legal only for people 18 and above. Gender Links has been approached extensively by the media to comment on the children’s Bill also the opportunity was taken to do media training on sexual reproductive health and rights where we had a large pool of journalists willing to learn and ask more pertinent questions.

2019 was yet another beautiful learning journey with challenges which became strength and so blessed that I have amazing team members who believe in changing lives and making Mauritius a better place to live. I would like to thank the staff and the board member for believing in me and giving me strength to keep going higher and higher.